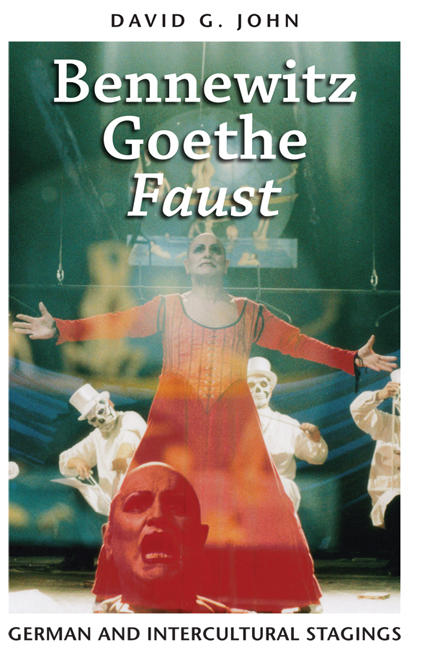 Fritz Bennewitz (1926-1995) was the director-in-chief of East Germany's Weimar National Theatre. Extraordinary in his capacity for cultural and linguistic adjustment, he directed productions in twelve countries, always adapting shows to make them meaningful to local audiences. Notably, Bennewitz conducted stagings of Goethe's Faust in four different languages over a series of seven productions — three in pre-unification Weimar, one in the reunited Germany, and one each in New York, Manila, and Mumbai.

David G. John is a Distinguished Professor Emeritus of German at the University of Waterloo as well as the founding director of the Waterloo Centre for German Studies.

‘This unique introduction to the work of a pivotal GDR Faust interpreter fills a gap in scholarship and offers stimulus for future research. Highly recommended’

Other titles by David G. John

Intercultural Theatre with Brecht and Shakespeare