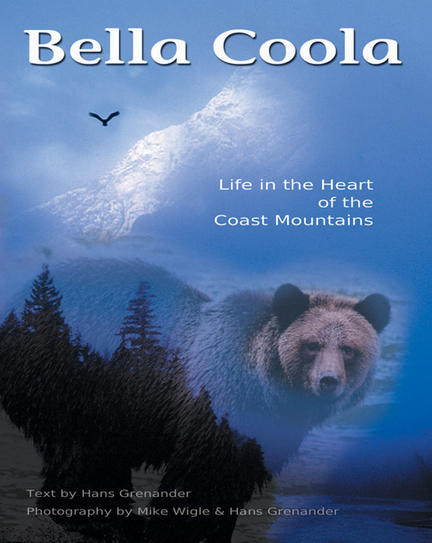 The Bella Coola Valley lies in the misty heart of British Columbia's West Coast, where the Pacific spills into forest-clad cracks in the Coast Mountains. Though the human footprint here is 11,000 years old, it remains modest--about 2,500 hardy souls populate the remote valley.

Nature, by contrast, has thrown herself wantonly upon the area. The waters of the Central Coast are dappled with lush islands and teem with life, including all five species of salmon. To the east and south Tweedsmuir Provincial Park--the largest in BC--sprawls between the coast and the Chilcotin Plateau. Between the sea and mountains, fog shrouds the Great Bear Rainforest, 5 million hectares of old-growth forest, including a protected area twice the size of Yellowstone Park.
The rugged terrain barred road access to the valley until 1953, when the resourceful residents bulldozed their own "Freedom Road" up a dizzying pass that roughly follows the ancient Nuxalk "grease trail" to the Chilcotin.

Along with their concise and knowledgeable accounts of the area's natural and economic history, authors Mike Wigle and Hans Granander introduce you to some of the valley's free spirits, from the Nuxalk to the Norwegians who began farming around Hagensborg in 1894, to the canners and loggers of the 20th century. There's Ralph Edwards, who established a homestead at Lonesome Lake in 1912 and became famous for nursing its swans through hard winters. Rancher and outdoorsman Clayton Mack was guide and storyteller to Hollywood stars. Margaret Siwallace earned academic honours for her translations of Nuxalk lore.

There are two kinds of West Coast travellers: those impatient to make their first pilgrimage to Bella Coola, and those yearning to return to it. Whichever you are, here's your ticket.

Hans Granander has been a professional forester for 16 years with extensive experience in land use and public planning. He has lived in the Bella Coola area for 13 years with his wife and two children.

Michael Wigle has lived and worked in on the Central Coast of British Columbia for 19 years. He has worked as a tree planter, and on watershed assessment in the Bella Coola area. His photos appeared in BC Outdoors Magazine, and British Columbia: A Natural History. He lives in Bella Coola.

Other titles by Michael Wigle

Birds of the Raincoast