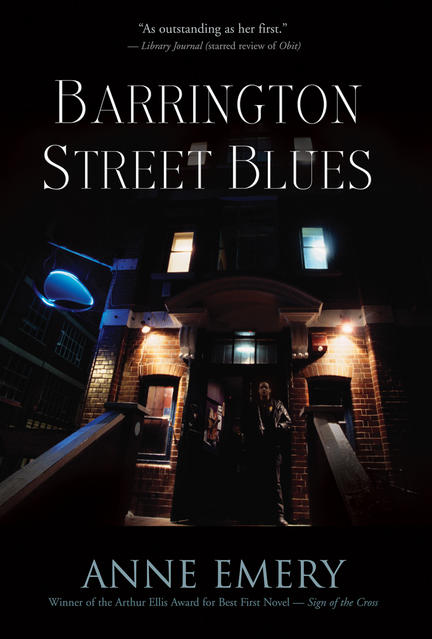 Two men are found dead outside a bar. Helped by Father Brennan Burke and hindered by his femme fatale law partner, Monty Collins investigates people desperate to cover up a series of parties that got way out of hand.

A rich man and a poor man are found dead from gunshot wounds outside a seedy bar on Barrington Street in Halifax. The police declare it a murder-suicide, but bluesman/lawyer Monty Collins — hired to represent the victims’ families — suspects it’s a double murder.

The case gets complicated when the police link the gun to the suspicious death of a high-flying lawyer named Dice Campbell. Helped by his friend Father Brennan Burke, and hindered by his femme fatale law partner Felicia Morgan, Monty explores the dark side of Halifax society: hookers, drug addicts, boozers, gamblers, and people desperate to cover up a series of parties that got way out of hand.

Monty’s investigations lead him to a ruthless businessman with street connections, a preacher who’s been seen cruising for young people, and an oddball psychotherapist who may have overstepped the boundaries of therapy with more than one person in the case. As the story unfolds, Monty finds himself returning again and again to trade barbs with Dice Campbell’s hard-drinking widow, Mavis, whose motives are not as clear as they initially seem to be. But the murder isn’t the only thing on Monty’s mind.

A secret from the past and turmoil with his estranged wife Maura have Monty singing the blues, lashing out at his closest friends, and spending far too much time in the bars of Halifax.

Anne Emery is a graduate of Dalhousie Law School. She has worked as a lawyer, legal affairs reporter, and researcher. She lives in Halifax, Nova Scotia, with her husband and daughter. Her earlier novels were Sign of the Cross, winner of the 2006 Arthur Ellis Award for Best First Novel, and Obit (2007).