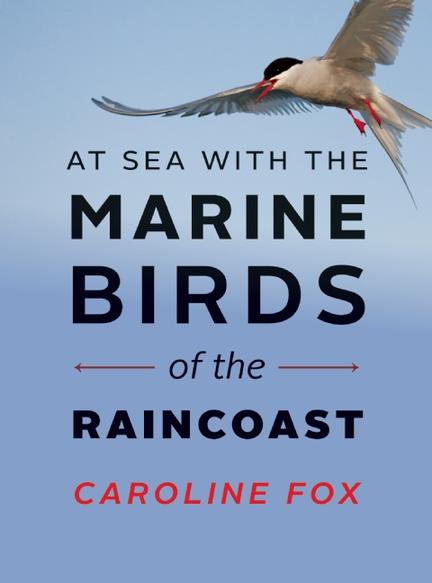 An illustrated narrative that interweaves the shifting seasons of the Northwest Coast with the experiences of a conservation biologist surveying thousands of kilometres of open ocean in order to uncover the complex relationships between humans, marine birds and the realities of contemporary biodiversity.

At Sea with the Marine Birds of the Raincoast combines the natural and human histories of Pacific Northwest marine birds with Caroline Fox’s personal story of her life as a conservation scientist. Accompanied by vivid images, drawings and both archival and modern photography, the narrative follows the author as she sails the coast, documenting marine bird diversity and seasonal shifts in community assemblages.

This unique story captures the natural splendour and rich variety of marine birds feeding, breeding and undertaking spectacular, often trans-equatorial migrations along the Northwest Coast. Introducing some of the most fascinating yet poorly understood species, including albatrosses, puffins and cranes, this compelling read calls attention to the urgent conservation challenges faced by marine birds and their ecosystems, as well as their historically complex relationship with human society.

Dr. Caroline Fox is a conservation scientist and postdoctoral fellow with Raincoast Conservation Foundation and the Department of Geography at the University of Victoria. Her research interests revolve around marine–terrestrial interactions, marine predator ecology and the study of human impacts on marine ecosystems. As a big-picture ecologist, the author does research that spans a diversity of coastal ecosystems and taxa, including kelp forests, seabirds and black bears. She teaches marine ecology and conservation at the Bamfield Marine Sciences Centre, provides outreach and communications for Raincoast Conservation Foundation and spends time exploring the wild British Columbian coast. She lives in Victoria, British Columbia.

"Caroline Fox presents in the guise of an account of her experiences as a field biologist a wonderful memoir of coastal British Columbia."

The narrative has a rhythm like the ocean itself, gently rolling along transect lines as we follow Caroline Fox on the bow of the Achiever, where she works as the Raincoast Conservation Foundation’s resident bird expert on research trips to survey the density and distribution of British Columbia’s coastal marine birds....But don’t let the pleasure of reading this enjoyable narrative fool you: Fox’s story has as much depth as the open ocean.—Sean MacPherson, The Ormsby Review