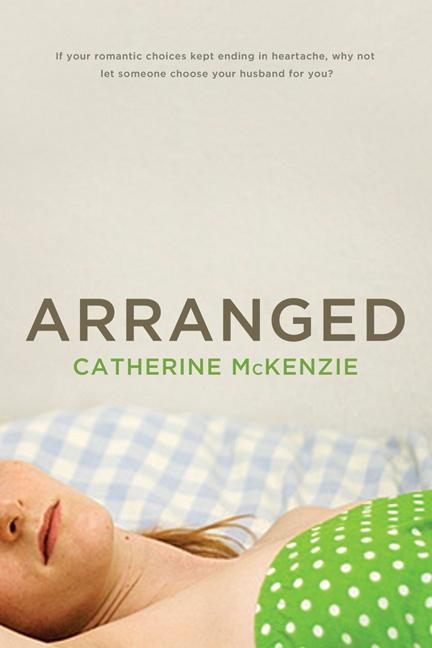 Anne Blythe has a great life: a good job, good friends and a potential book deal for her first novel. When it comes to finding someone to share it with, however, she just can’t seem to get it right.

After yet another relationship ends, Anne comes across a business card for what she thinks is a dating service, and she pockets it just in case. When her best friend, Sarah, announces she’s engaged, Anne can’t help feeling envious. On an impulse, she decides to give the service a try because maybe she could use a little assistance in finding the right man. But Anne soon discovers the company isn’t a dating service; it’s an exclusive, and pricey, arranged marriage service. She initially rejects the idea, but the more she thinks about it – and the company’s success rate – the more it appeals to her. After all, arranged marriages are the norm for millions of women around the world, so why wouldn’t it work for her?

A few months later, Anne is travelling to a Mexican resort where in one short weekend she will meet and marry Jack. And against all odds, it seems to be working out – until Anne learns that Jack and the company that arranged their marriage are not what they seem at all.

Catherine McKenzie was born and raised in Montreal, Canada. A graduate of McGill University in history and law, Catherine practiced law for twenty years before leaving the practice to write full time. An avid runner, skier, and tennis player, she’s the author of numerous bestsellers including I’ll Never Tell and The Good Liar. Her works have been translated into multiple languages and Please Join Us, I’ll Never Tell, and ?You Can’?t Catch Me have all been optioned for development into television series. Visit her at CatherineMcKenzie.com or follow her on Twitter @ CEMcKenzie1 or Instagram @CatherineMcKenzieAuthor.

“A satisfying and entertaining romantic tale that puts a contemporary twist on old-fashioned ideas about marriage. I inhaled it in an afternoon, rooting for its heroine to find the love she longs for.?
- Leah Stewart, author of The Myth of You and Me and Husband and Wife ()

Other titles by Catherine McKenzie

You Can't Catch Me

We may struggle in life, but in a romance novel, we are guaranteed a happy ending.