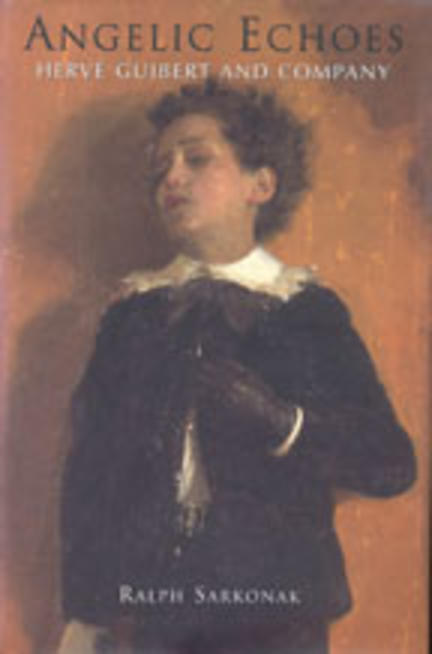 In 1990 Hervé Guibert gained wide recognition and notoriety with the publication of "À l'ami qui ne m'a pas sauvé la vie (To the Friend Who Did Not Save My Life)". This novel, one of the most famous AIDS fictions in French or any language, recounts the battle of the first-person narrator not only with AIDS but also with the medical establishment on both sides of the Atlantic. Photography critic for Le Monde from 1977-1985, Guibert was also the co-author (with Patrice Chéreau) of a film script, L'Homme Blessé, which won a César in 1984, and author of more than twenty-five books, eight of which have been translated into English.

In this vibrant and unusual study, Ralph Sarkonak examines many intriguing aspects of Guibert's life and production: the connection between his books and his photography, his complex relationship with Roland Barthes and with his friend and mentor Michel Foucault (relationships that were at once literary, intellectual, and personal in each case); the ties between his writing and that of his contemporaries, including Renaud Camus, France's most prolific gay writer; and his development of an AIDS aesthetic. Using close textual analysis, Sarkonak tracks the convolutions of Guibert's particular form of life-writing, in which fact and fiction are woven into a corpus that evolves from and revolves around his preoccupations, obsessions, and relationships, including his problematic relationship with his own body, both before and after his HIV-positive diagnosis.

Guibert's work is a brilliant example of the emphasis on disclosure that marks recent queer writing – in contrast to the denial and cryptic allusion that characterized much of the work by gay writers of previous generations. Yet, as Sarkonak concludes, Guibert treats the notions of falsehood and truth with a postmodern hand: as overlapping constructs rather than mutually exclusive ones – or, to use Foucault's expression, as "games with truth."

Ralph Sarkonak is Professor of French at the University of British Columbia.