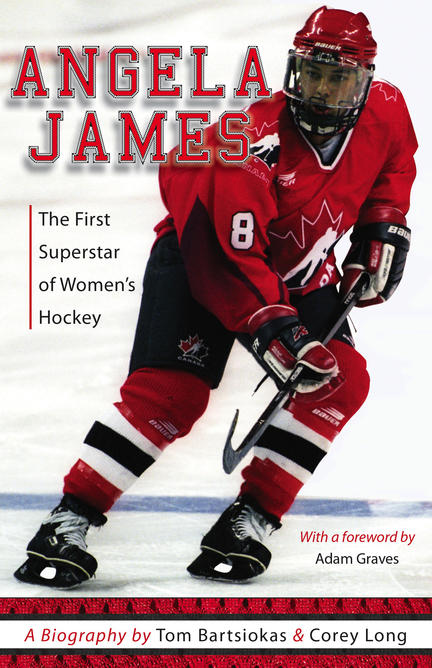 Dubbed "the Wayne Gretzky of women's hockey," Angela James became the most dominant female player on the planet from the early 1980s through the mid 1990s. Her rise to hockey stardom, however, was a true long shot. During a difficult childhood plagued by near poverty and familial chaos, hockey was James's escape. Talent and determination eventually took this hockey pioneer from struggling for ice time on boys' teams to the Hockey Hall of Fame where in 2010, she became the first woman, first openly gay player, and second black athlete to ever be inducted. Angela James: The First Superstar of Canadian Women's Hockey charts James's rise to stardom from learning how to play on borrowed skates to dominating as an international success, from her controversial exclusion from the 1998 Olympic women's hockey team and its aftermath to becoming the passionate educator, coach and mother that she is today. This authorized biography features exclusive access to James, as well as one-on-one interviews with those who know her best, including some of the biggest names in women's hockey such as Hayley Wickenheiser, Cassie Campbell-Pascall, Bob Nicholson, Melody Davidson and Cammi Granato. The book also includes an introduction written by former NHL star and Stanley Cup-winner Adam Graves, a long time friend of James.

Tom Bartsiokas is a writer, editor and communications specialist at Seneca College. Since 2005, he has been the editor of The Senecan, the College's campus news publication as well as a regular contributor to RED, Seneca's alumni magazine. When he is not typing away on his computer, Tom also teaches part-time in the School of English and Liberal Studies at Seneca. He lives in Toronto with his wife, Christine, and their daughters Angelina, Deanna and Elena.

Corey Long is an administrator and part-time teacher at Seneca College, as well as a writer and editor for the alumni publication RED. He grew up in Alliston, Ontario and has studied in the United States and Norway. Corey lives in Newmarket, Ontario with his wife, Shannon, and their daughter Clara.