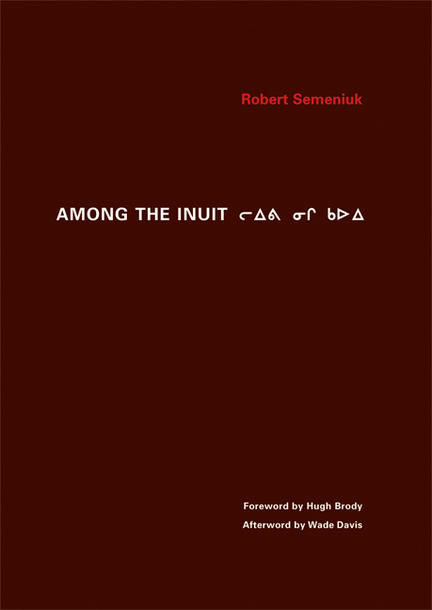 Among the Inuit is a spectacular photographic portrait of the world's last nomadic hunters in one of the harshest environments on earth.

Distinguished photojournalist Robert Semeniuk lived with the Inuit while on assignment for National Geographic. Camping with a family of nine, he witnessed the social and environmental changes affecting the communities. These 70 images and Semeniuk's passionate words provide an extraordinary glimpse into the disappearing life of the hunt. The photos are followed by details on the people Semeniuk met. Providing historical and cultural context are contributions from Inuit Cultural Consultant and former Commissioner of Nunavut Peter Irniq, world-renowned anthropologist and filmmaker Hugh Brody, and ethnobotanist and explorer Wade Davis.

"All great photography--and this book does indeed show us great work--stands both in and outside time ... A journey into these photographs, like a journey with Inuit hunters onto the land, is a powerful experience." (from Hugh Brody's foreword)

Hugh Brody is a writer and filmmaker. He is the author of Indians on Skid Row, Inishkillane: Change and Decline in the West of Ireland, The People's Land, Living Arctic and, with Michael Ignatieff, of 1919.

Other titles by Hugh Brody

Other Side of Eden

Hunters, Farmers and the Shaping of the World

Seasons of the Arctic

A Set of Stories

Inuits, Whites and the Eastern Arctic