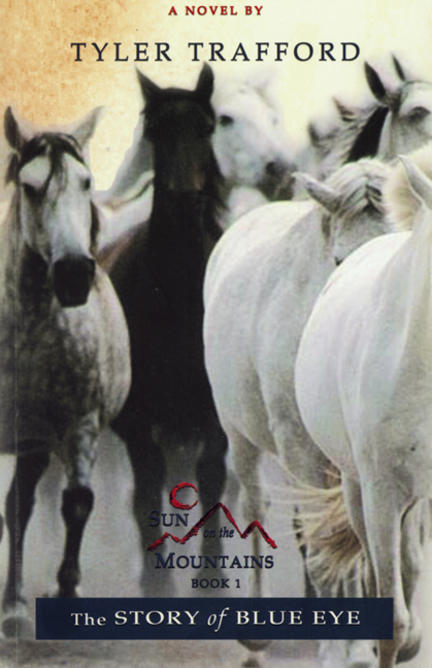 In Book Two of The Sun On the Mountains trilogy, Alexander James, a Quaker pursued by his violent past in the American Revolution, begins a new life as a fur trader in the forests of northern Canada. Travelling west with his Nahathaway wife and explorer David Thompson to the prairie of the Blackfoot Confederacy, Alexander cannot resist being drawn into the thrilling horse raids and buffalo hunts, and then by the mysteries of the Piikani medicine ceremonies.

Trafford's writing is Quakerly: spare and modest, but never lacking in confident flow, illuminating that place and time as Alexander pushes deeper into the heart of the west to find the Light inside himself." - Marina Endicott

" . . . takes readers into the borderlands of history and fiction, memory and possibility." - Elizabeth Jameson, Professor of History, University of Calgary

"The most compelling (characters) are the women, who are made of sturdy stuff - strong, insightful, fierce and sometimes frightening." - Debora Steel, Editor in Chief, Windspeaker

" . . . a refreshing perspective on such Woodlands Cree concepts as the many-faceted wihtiko and the pre-Judaeo-Christian concept of the pawakan. Trafford has achieved what few novelists have managed." - David Westfall, editor and compiler of Castel's English Cree Dictionary and Memoirs of the Elders

Tyler Trafford worked for many years as a reporter and editor first with the Calgary Herald, then in Australia with the Australian and later with the Fort Lauderdale Sun-Sentinel. When he returned to Canada, he began writing biographies, histories, and works of fiction, including The Story of Blue Eye, which was shortlisted for the 2005 Grant McEwan Author's Award. He now divides his time between Calgary and his studio on the Oldman River near Pincher Creek, Alberta.

Other titles by Tyler Trafford

The Story of Blue Eye

Sun on the Mountains, Book 1