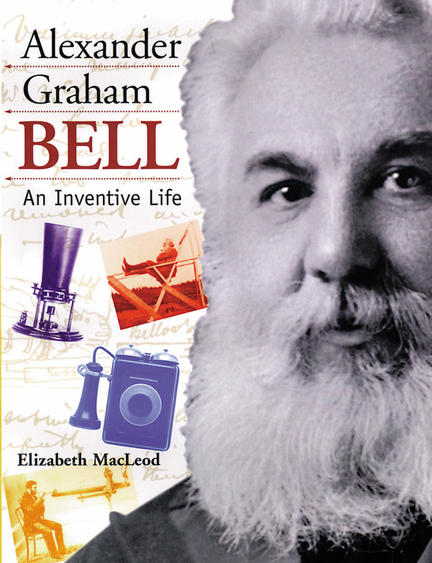 “One would think that I had never done anything worthwhile but the telephone,” complained Alexander Graham Bell. No wonder he was annoyed; Bell invented the phone when he was just 29 and went on to lead a long and inventive life.

This biography in the Snapshots: Images of People and Places in History series chronicles the life and many remarkable achievements of Alexander Graham Bell, including his work with the hearing impaired and experiments with flight, iceberg locators and, of course, the telephone.

Alexander Graham Bell: An Inventive Life is packed with pertinent information, it is easy to read, and it includes an excellent chronology of Bell's life and times as well as great photographs, working notes, and sketches.

In what has ... become a rush to publish biographies of Bell, this emerges as the least formal, most approachable of the pack.

In what has ... become a rush to publish biographies of Bell, this emerges as the least formal, most approachable of the pack.

Using photographs and copies of Bell's notes and letters, as well as text, all advantageously positioned, MacLeod ably conveys the prodigious curiosity and inventiveness that propelled an extraordinary life.