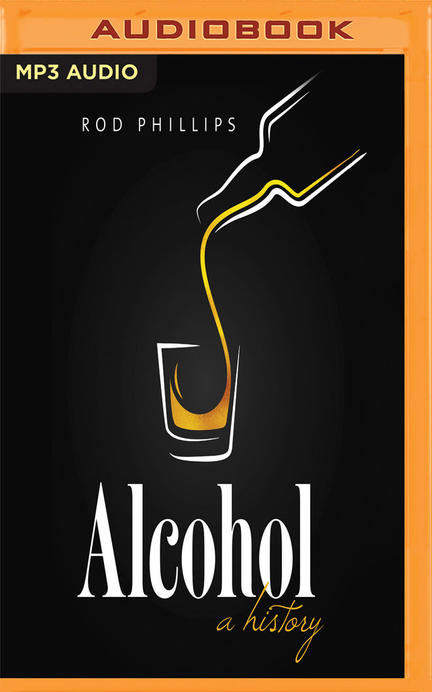 Whether as wine, beer, or spirits, alcohol has had a constant and often controversial role in social life. In his innovative book on the attitudes toward and consumption of alcohol, Rod Phillips surveys a 9,000-year cultural and economic history, uncovering the tensions between alcoholic drinks as healthy staples of daily diets and as objects of social, political, and religious anxiety. In the urban centers of Europe and America, where it was seen as healthier than untreated water, alcohol gained a foothold as the drink of choice, but it has been more regulated by governmental and religious authorities more than any other commodity. As a potential source of social disruption, alcohol created volatile boundaries of acceptable and unacceptable consumption and broke through barriers of class, race, and gender.

Phillips follows the ever-changing cultural meanings of these potent potables and makes the surprising argument that some societies have entered "post-alcohol" phases. His is the first book to examine and explain the meanings and effects of alcohol in such depth, from global and long-term perspectives.

Rod Phillips
is an Ottawa-based wine writer and wine historian, and a professor of history at Carleton University. His books include A Short History of Wine (2000), Ontario Wine Country (2006), Alcohol: A History (2014), and French Wine: A History (2016). He writes wine features for NUVO Magazine and Vines Magazine, has contributed to The World of Fine Wine and GuildSomm.com, and publishes articles and wine reviews on rodphillipsonwine.com. He travels extensively to wine regions around the world and has judged in wine competitions in Canada, the US, France, Italy, New Zealand, and Chile.

Other titles by Rod Phillips

Wines You Should Try

A Guide for Canadians

The 500 Best-Value Wines in the LCBO

The Definitive Guide to the Best Wine Deals in the Liquor Control Board of Ontario: 2016

Other titles by Fajer Al-Kaisi

Lessons from the Hive