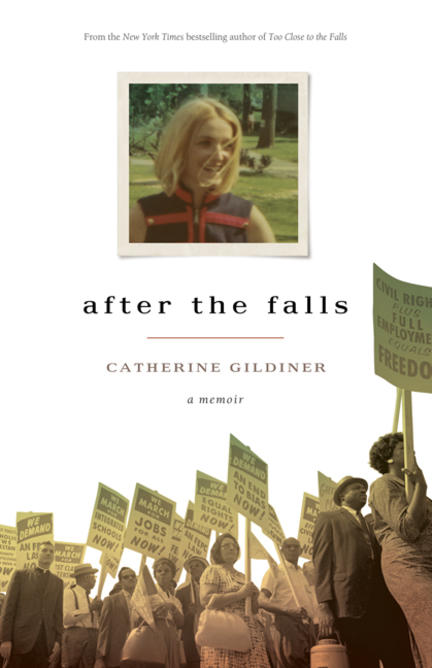 In 1960, Cathy McClure, age 12, is thrown out of Catholic school. Her father’s drugstore, faced with a superhighway and encroaching chain stores, has fallen upon hard times. So the family decides to leave Lewiston, New York, for a fresh start in suburban Buffalo. But even as Cathy embraces the tumultuous sixties and throws herself into a new life as cheerleader, Hojo Hostess, and civil rights advocate, trouble — as usual — isn’t far behind. Fiesty and resolute as ever, Cathy soldiers on, but the one thing she can’t fight threatens to dissolve the family that, through her many ups and downs, has always been her solid ground.

Told with the same wit, charm, and candour that made Too Close to the Falls a modern classic, After the Falls is an evocative portrait of a young woman, and a country, finding its way.

Catherine Gildiner’s childhood memoir Too Close to the Falls (1999) was a New York Times bestseller and on the Globe and Mail’s bestseller list for over a year. In 2010, she published a sequel, After the Falls, also a bestseller. She lives in Toronto, Ontario.