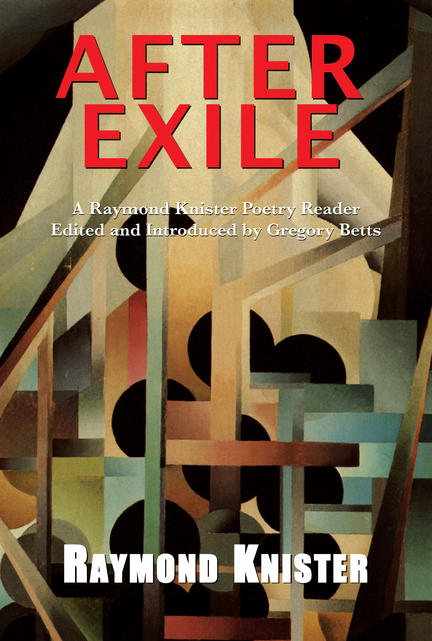 After Exile: A Raymond Knister Poetry Reader is the finest collection of Knister’s verse available. It represents a major step forward, collecting dozens of poems for the first time in book form, and printing 30 more poems, on top of numer- ous letters and prose pieces, for the first time ever.

The title After Exile is plucked from Knister’s long poem written after he returned from Chicago and decided to become the unthinkable: a modernist Canadian writer. Knister, writing in the 20s and 30s, could barely get his poems published in Canada, but magazines like This Quarter (Paris), Poetry (Chicago), Voices (Boston), and The Dial (New York City), eagerly printed what he sent, and always asked for more, and the more of what he had – all of it – is in this book. Exile brings together all the known poems of Raymond Knister and offers a peek into the world in which they were created.

Raymond Knister (1899-1932) was a Canadian novelist, short story writer and poet who drowned in Lake St. Clair as he was becoming internationally recognized. A a friend and contemporary of Morley Callaghan, Mr. Knister had just begun to win major prizes, and had been published across the Atlantic alongside Gertrude Stein and Ernest Hemingway. He had also edited the first collection of Canadian short stories, and was at work on a number of books before his untimely death. A practitioner of the poetic school known as “imagism,” many of his works evoke rural themes, often depicting life in Southwestern Ontario in the late 1910s and early 1920s.

“What I appreciate most about this collection is its handiness . . . . It’s a great primer on Knister (and Canadian Modernism of the 1920s–1930s), produced with concision and with an eye to being readable and utilitarian.”  —Stephen Cain, author, American Standard/Canada Dry

“An example of the type of excellent literary history that Exile Editions has made a minor specialty of.”  —George Fetherling, Vancouver Sun

Other titles by Raymond Knister

There was a Mr. Christi

The Poems of Raymond Knister

The First Day of Spring

Stories and Other Prose