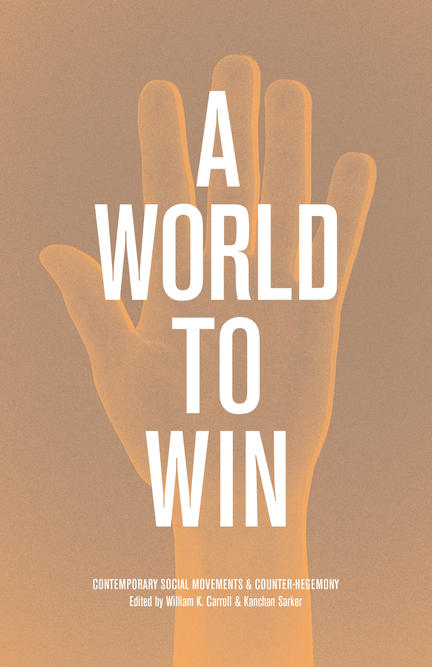 In this time of economic, ecological and social crises, a diverse array of collective movements carry the possibilities of deep democratization and alternative futures. A World to Win brings these movements alive as agents of history-in-the-making. It situates Quebec student strikers, Indigenous resistance and resurgence, Occupy, workers, feminist and queer movements and many others in their struggle against the hegemonic institutions of capitalism. Using theory and case studies, this book articulates the particular histories and structures facing social movements while also building bridges to comprehensive analyses of our current era of crisis and change--in Canada and the world.

Contributors to A World to Win include well-known political and social theorists, activist-intellectuals who have made significant contributions to movement politics and emerging voices in this field. Bridging the conceptual and the practical, this book will be of value to activists whose interventions can be sharpened through critical reflection and to students and scholars who will find pathways to activism.

William K. Carroll is a professor of Sociology at the University of Victoria, where he served as founding director of the Social Justice Studies Program (2008-2012). Among his recent books are The Making of a Transnational Capitalist Class: Corporate Power in the 21st Century, Remaking Media: The Struggle to Democratize Public Communication (co-authored with Bob Hackett), Challenges and Perils: Social Democracy in Neoliberal Times and Critical Strategies for Social Research. He has won the Canadian Sociological Association's John Porter Prize twice for his books on the structure of corporate power in Canada. He is a Research Associate with the Canadian Centre for Policy Alternatives, an associate editor of the journal Socialist Studies and a member of the International Network of Scholar Activists.

Kanchan Sarker has a PhD in sociology from the University of North Bengal and teaches at the University of British Columbia-Okanagan. He has also taught at York University, the University of Windsor, the University of Waterloo and Cleveland University. He was a researcher at the Sociological Research Unit of the Indian Statistical Institute, Kolkata, India, from 1990-2001. He studies social movements, social inequality, globalization and neoliberalism, and has published several papers in national and international journals.

Kanchan Sarker teaches Sociology at the University of British Columbia-Okanagan. He also taught at the Dept. of Political Science, York University. He was a researcher at the Sociological Research Unit of the Indian Statistical Institute, Kolkata, from 1990-2001. He works on social movements, neoliberalism, inequality and India and publishes in national and international journals.

A World To Win is a very strong collection of essays that is timely and urgent; I recommend its publication in the strongest possible terms. The collection covers an impressive range of ground providing insightful analyses of several key social justice social movements defining the political landscape of the left in Canada today. - Dr. Sourayan Mookerjea, Department of Sociology University of Alberta

Other titles by William Carroll