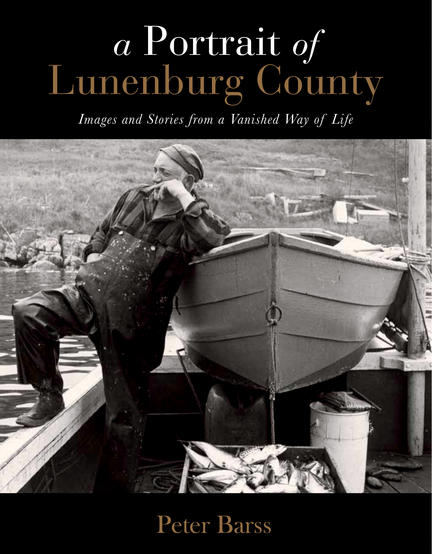 The legendary schooner fishing days are gone forever from the coast of Nova Scotia, but the spirit of those days, and the hard and heroic men who endured them, lives on in the stories and photographs of A Portrait of Lunenburg County.

Stripped of romantic myths, told without editorial comment in the stark and simple words of fishermen themselves, here are tales of harsh conditions and sometimes cruel captains, of body-breaking work for low wages, and of tragedy and daring adventure faced amid the awesome forces of the elements. Here, too, are plain, straightforward expressions of human values nurtured in tightly knit communities: close family ties, honesty, kindness, respect, and willingness to share. The stories are accompanied by 48 photographs, black and white portraits of the colourful people and the hard lives that they led.

First published in 1978, A Portrait of Lunenburg County is a moving tribute to the warmth, humour, and vitality of a people whose lives have formed a rich and vital chapter in Canada's past. This new edition includes a new preface from the author and an updated design.

Peter Barss has written for several North American newspapers and magazines and his photography has illustrated several books. He is also the author of Older Ways: Traditional Nova Scotian Craftsmen. Barss has received a number of awards for both his writing and his photography, and he is a member of the Royal Canadian Academy of Arts. He lives in West Dublin, Nova Scotia.

Other titles by Peter Barss