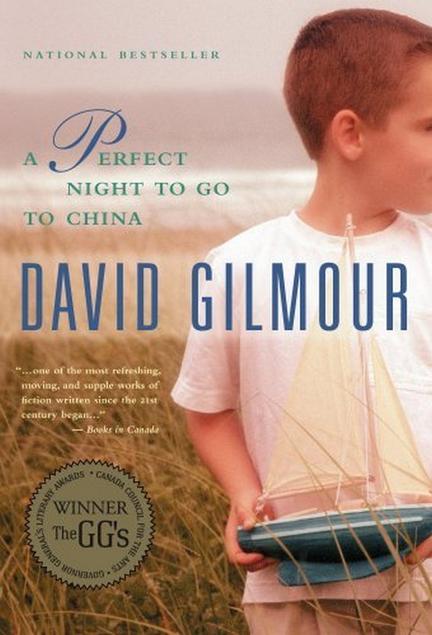 Winner of the 2005 Governor General's Award for Fiction
This astonishing novel - unlike anything Gilmour has ever written before - begins with every parent's worst nightmare: the disappearance of a child. A father makes a casual error of judgement one evening and leaves his six-year-old son alone for fifteen minutes. When he returns the child is gone and three lives are changed forever. Has the boy been kidnapped? Spirited out of the country? Is he dead?
The story that unfolds is told by the novel's narrator, a television host named Roman, who searches for his son through the city and through the underworld of dreams and tries to bring him back. Pursued by an unshakeable conviction that his son is speaking directly to him, Roman begins to enter a haunting relationship with the missing child and his own conscience. In the meantime, his behaviour becomes increasingly erratic and he is rejected by his grieving and angry wife, eventually fired from his job, and shadowed by a persistent policeman who thinks Roman is hiding the child. Written in the clear, elegant prose Gilmour is known for, A Perfect Night to Go to China is a completely absorbing and original work of fiction. It sets up a harrowing premise and doesn't let up until the last surprising page.

Excerpt: A Perfect Night to Go to China (by (author) David Gilmour)

I went out again that night.... I looked in garden sheds, in parking lots, in backyards. I whispered his name down dark stairwells. I said, "Simon, are you there?" A dog chased me from a back porch, snarling, pulling on a chain. A drunk staggered out of the darkness at me. I peered into an abandoned car. Nothing, not even a sensation. I tried to feel him, not think him, but I kept wondering, Where would I take him? Fifty-eight pounds. Where would you go? It had to be nearby. But when I stopped in front of a house or started up a driveway, I could feel a sort of invisible door close... He was slipping away from me. I said, "Don't go, Simon. Don't go."

Gilmour's prose style is spare and darkly funny, jewelled with clever metaphors and precise details. It's enjoyably reminiscent of Raymond Chandler...A Perfect Night to Go to China is a compelling example of smart writing about trauma, and an uncomfortably pleasurable read.

Gilmour's prose has flashes of bright metaphor, and his dialogue is alert and alive.

...lush, careening, exhilarating... Gilmour's playful, constantly resounding structure is thematically masterful... This seems to be one of the most refreshing, moving, and supple works of fiction written since the 21st century began...

Any respectable bookshelf has a few titles that act as support beams for the rest. Subtraction of those dozen most elemental titles means the bookshelf ceases to reflect its owner. The removal of even one or two authors' complete works and the collection loses its cohesion, the centre no longer holds. For me Toronto's David Gilmour is one of those writers.

...compulsively readable.... It takes a sharp focus to give us this much in such a brief book. A lesser writer would have given us a leaden brick.... The amazing thing is that it is both a sleek, fast read and a compulsively devastating personal tragedy. When the story is this affecting, the result is a luminous reading experience, the kind we all crave - the kind we sometimes find, if we're lucky, in our favourite authors. I don't think it's going too far to mention such names as Camus, Graham Greene, Elmore Leonard and even Calvino...they all have style, intelligence and strength. Gilmour is one of the best writers we have. His new novel is exactly the kind of thing I'd love to see more of in Canadian writing. It's elegantly written without wasting time on irrelevant detail. It is firmly plotted. It is paced for speed. Something actually happens. I'm saving this book to share with my son. You might want to remember this one come Father's Day.

...[David Gilmour] carries his soul on his sleeve when it comes to his latest, remarkable novel.

This is one of those nightmare novels propelled by human tragedy...Tense, desperate, and haunted pages nearly turn on their own...

...A Perfect Night is unlike anything Gilmour has written before, and all the better for it.

There is an icy dexterity in [David Gilmour's] writing, which pins his subject securely to his pain... A Perfect Night to Go to China is a book about loss, grief and the slim possibility of redemption.

...powerful, irresistible reading. It's a muscular, beguiling work of fiction.

...can be read in an evening, but it explores one man's troubled psyche more deeply and intensely than other much longer novels... it packs a punch.

Gilmour does an impressive job at creating a three-dimensional character in Roman. He would be so easy to despise for his weakness but Gilmour takes us right inside his soul and lets us see both good and bad. The ache in his heart sears the page with his torment.

Gilmour's sentences are direct and clear; there is nowhere for the reader to hide from the pain of a man who has lost his son, due, in large part, to his own negligence... Gilmour has taken an impressive route.

Gilmour is an adept writer, quite good at turns of phrase.

... a profound meditation on loss, a journey into loneliness and despair and finally release.

... a quite remarkable tale of love, obsession, denial and an apparent descent into madness.

David Gilmour has created a short, powerful book that is profoundly emotive.

A Thing You'll Never Do

A True Story of a Father and a Son