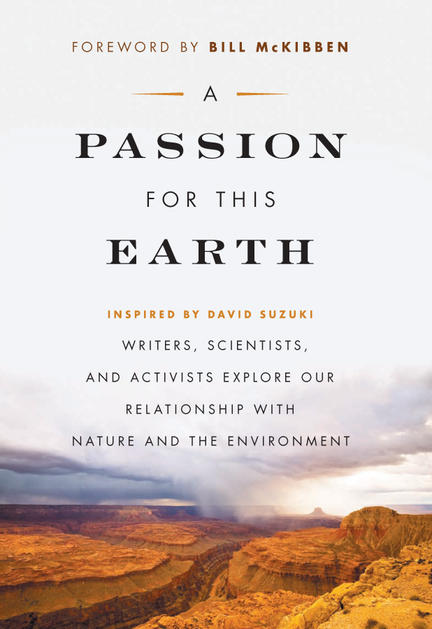 In this powerful collection of original essays, twenty of the world's most influential journalists, writers, scientists, and environmentalists lend their voices to inform and engage those who are committed to the survival of the Earth and its inhabitants. Personal, practical, political, full of wonder and rage, this book respectfully continues the conversation that the inimitable David Suzuki began more than fifty years ago. With essays inspired by Canada's foremost environmentalist, contributions include personal experiences with nature, including:

David Helvarg on childhood and the sea

Helen Caldicott on our notions of terrorism and poverty

Carl Safina on the continued need for effective science communicators

Finally, Tom Berger, John Lucchesi, and Robyn Williams describe their personal experiences with David Suzuki and what his example has meant to them.

Michelle Benjamin has worked in the book industry for many years as a publisher, editor, teacher, and writer. She lives in Vancouver with her partner, fellow author Maggie Mooney, and their daughter.

Other titles by Michelle Benjamin

We can't burn half the world's oil, coal and gas. So how do we quit?