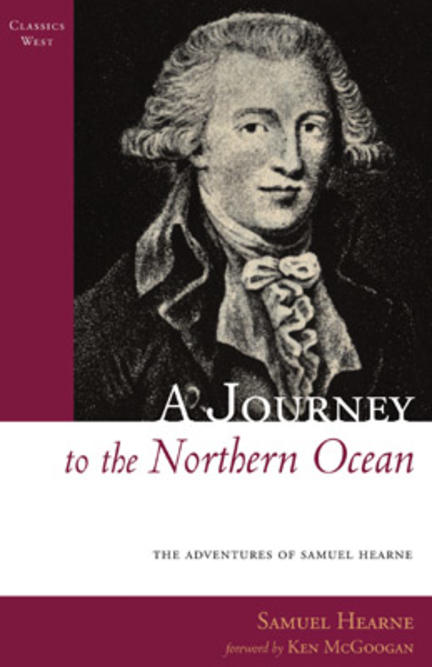 Widely recognized as a classic of northern-exploration literature, A Journey to the Northern Ocean is Samuel Hearne's story of his three-year trek to seek a trade route across the Barrens in the Northwest Territories. Hearne was a superb reporter, from his anguished description of the massacre of helpless Eskimos by his Indian companions to his meticulous records of wildlife, flora and Indian manners and customs. As esteemed author Ken McGoogan points out in his foreword: Hearne demonstrated that to thrive in the north, Europeans had to apprentice themselves to the Native peoples who had lived there for centuries-a lesson lost on many who followed.

First published in 1795, more than two decades after Hearne had completed his trek, the memoir was originally called A Journey from Prince of Wales's Fort in Hudson's Bay to the Northern Ocean in the years 1769, 1770, 1771, and 1772. This Classics West edition brings a crucial piece of Canadian history back into print.

Born in London in 1745, Samuel Hearne joined the Royal Navy at the age of 12 and served under Captain Samuel Hood during the Seven Years War. In 1766, seeking adventure, he joined the Hudson's Bay Company to work as first mate on a whaling ship. He was based at the HBC's northernmost outpost, Prince of Wales fort, and was only 24 when he set out on the quest described in this book.