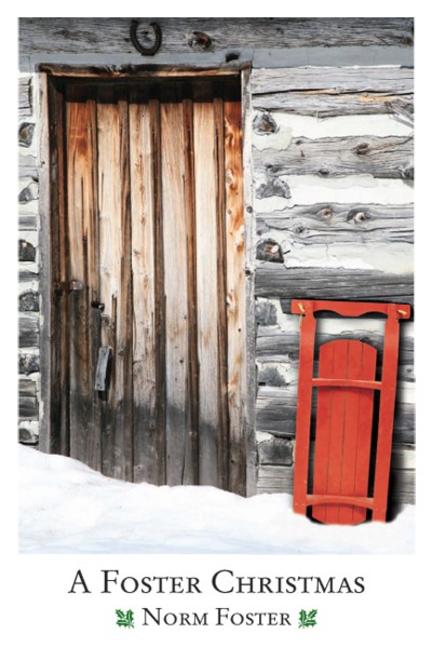 Ethan Claymore
It's a week before Christmas, and struggling egg farmer/artist Ethan Claymore meets a woman who could turn his life around. But things are shaken up when Ethan receives a visit from his estranged, and recently deceased, older brother.

Bob's Your Elf
An elf named Bob gets banished from the North Pole to learn a lesson about cooperation. Because of his bad attitude, Santa sends him to a small town to help out with their Christmas pageant. Here, Bob is faced with a group of bumbling actors who are doing their best to put on the greatest darn Christmas show their town has ever seen.

The Christmas Tree
A tree lot. Christmas Eve. One man. One woman. One tree. Who should get it? Each gives reasons through tales of woe as to why they are more deserving of the tree, and each seems unmoved by the other's predicament. A story filled with laughs, heartache, and good old-fashioned Christmas spirit.

Dear Santa, with music by Steve Thomas
Santa Claus tries to fulfill a child's special Christmas wish while his staff attempts to overcome a supply shortage at the North Pole. A laugh-filled holiday play, innocent enough for the youngest boy or girl, and entertaining enough for adults.

Norm Foster was born in Newmarket, Ontario on St. Valentineâ??s Day. Raised in Toronto, he attended West Hill Collegiate Institute and then went on to study Radio and Television Arts at Centennial College in Toronto and then Confederation College in Thunder Bay. Upon completion of his studies, he began a radio career that would span twenty-five years and which would take him from Thunder Bay to Winnipeg to Kingston and finally to Fredericton, New Brunswick. It was in Fredericton in 1980 that Norm was introduced to the world of theatre. Foster fell in love with the theatre right then and there, and two years later he penned his first professionally produced play, Sinners. It was produced by Theatre New Brunswick and directed by Malcolm Black, who would also direct Fosterâ??s next effort, the highly successful, The Melville Boys. The Melville Boys would go on to be produced across Canada and in the United States, including a well-received run Off Broadway in New York. It would become Fosterâ??s signature play, and the one which would bring his name to the forefront of Canadian theatre. Since then, Norm Foster has produced an astonishing output of work. Nearly forty plays in all, including The Affections of May, the most produced play in Canada in 1991. He has also written a musical with composer Leslie Arden (The Last Resort) and three musicals (Jasper Station, Race Day, and Sitting Pretty) with composer Steve Thomas.

Other titles by Norm Foster

Jonas and Barry in the Home

On a First Name Basis