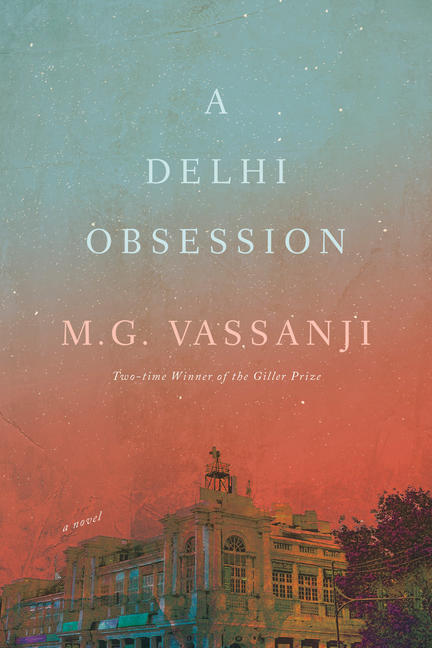 Munir Khan, a recent widower from Toronto, on a whim decides to visit Delhi, the city of his forbears. Born in Kenya, he has lost all family connections, and has never visited India before.

While sitting in the bar of the Delhi Recreational Club where he's staying, an attractive woman joins his table to await her husband. A sparring match ensues. The two are from different worlds: Munir is a westernized agnostic of Muslim origin; Mohini, a modern Hindu woman. Utterly witty and charming, she's religiously traditional, but also a liberal and provocative newspaper columnist. Against her better judgment, Mohini agrees to show Munir around the city. As they explore the thriving markets and historical buildings of Old Delhi, an inexplicable attraction begins.

What follows is a passionate love affair--uncontrollable yet impossible. This is a period of rising Indian nationalism in modern India that at times finds outlet in senseless violence. Constantly lurking at Munir's Club is the menacing and foreboding presence of a fanatical nationalist group. To them Munir Khan is simply a Muslim "love-jihadi" who has led the pride of Hindu womanhood, Mohini Singh, astray. At what cost, their passion?

"Is there any Canadian writer who contemplates the meaning of  time with greater distinction and intellectual grace than M.G. Vassanji?" —Literary Review of Canada
"An expert storyteller." —The Seattle Times

"Vassanji explores [love and loss] with all the tact of a true literary power." —Chicago Tribune

"Thought-provoking and satisfying. There are echoes of Rohinton Mistry . . . of V.S. Naipaul . . . of Salman Rushdie. But the quiet lyricism . . . the careful evocation of place, the writer's obvious warmth for his characters, the sense of compassion layered into the story—these are all Vassanji's. [He] is first and foremost a storyteller." —Washington Post Book World