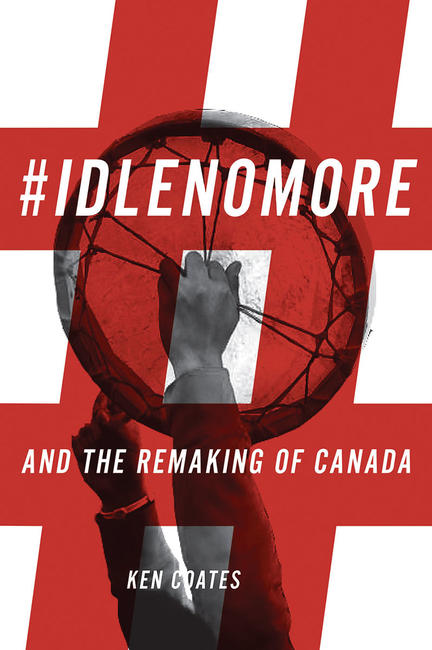 Idle No More bewildered many Canadians. Launched by four women in Saskatchewan in reaction to a federal omnibus budget bill, the protest became the most powerful demonstration of Aboriginal identity in Canadian history. Thousands of aboriginal people and their supporters took to the streets, shopping malls, and other venues, drumming, dancing, and singing in a collective voice.

It was a protest against generations of injustice, a rallying cry for cultural survival, and a reassertion of Aboriginal identity.

Idle No More lasted for almost a year, and then the rallies dissipated. Many observers described it as a spent force. It was anything but. Idle No More was the most profound declaration of Indigenous identity and confidence in Canadian history, sparked by Aboriginal women and their supporters, sustained by young Indigenous peoples, filled with pride and determination. When the drums slowed, a new and different Canada was left in its wake. Partially stunned by the peaceful celebrations, but perplexed by a movement that seemed to have no centre and no leaders, most Canadians missed the point.

Through Idle No More, Aboriginal people have declared that they are a vital and necessary part of Canada's future. The spirit of the drumming, singing and dancing lives on in empowered and confident young Aboriginal people who will shape the future of this country for decades to come.

Ken Coates was raised in Whitehorse and has a long-standing interest in northern themes.  Titles include Canada’s Colonies, The Sinking of the Princess Sophia (with Bill Morrison), The Modern North (with Judith Powell), North to Alaska (on the building of the Alaska Highway) and many academic books.  He has worked on north-centred television documentaries and served as a consultant to northern governments and organizations.  He is currently Professor of History and Dean of Arts, University of Waterloo.

#IdleNoMore and the Remaking of Canada

In #IdleNoMore and the Remaking of Canada, author Ken Coates reflects on how the movement's legacy lives on through First Nations youth.

Librarians can recommend this detailed investigation of the most powerful demonstration of Aboriginal pride and identity in Canadian history to adolescent students who need a resource to support an inquiry project for History, Law or Social Justice Curriculum.

Other titles by Ken Coates

A History of the Yukon

Canadian-American Relations West of the Rockies

New Perspectives on the North in Canadian History

The Marshall Decision and Mi'kmaq Rights in the Maritimes

The Marshall Decision and Native Rights

The Marshall Decision and Mi'kmaq Rights in the Maritimes

A Traveller's Guide to Northern BC