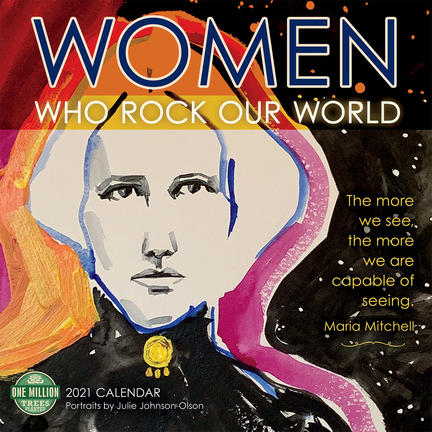 Celebrate the feminine rising with the Women Who Rock Our World wall calendar. One part homage to female scientists, artists, writers, activists, athletes, and leaders and one part call to action, each month highlights one revolutionary woman's inspirational words paired with breathtaking original art and a short biography. It's time to shine a light on the influential women who inspire us all to dream, love, grow, and thrive – and resist – even in the face of opposition. Women rock the world!

Professor, Fashion Illustration at Savannah College of Art and Design

Ali J. Shaw has been scribbling notes about the women who inspire her for decades. She's the founder of Indigo: Editing, Design, and More, where she gets to work with authors and publishers from around the world. Ali collects typewriters, adopts rescue animals, and writes about defying odds.

Other titles by Amber Lotus Publishing

The Power of Now 2022 Wall Calendar: A Year of Inspirational Quotes

For the Love of Frida 2022 Wall Calendar: Art and Words Inspired by Frida Kahlo

2021 For the Love of Frida Wall Calendar

2021 The Power of Now Wall Calendar