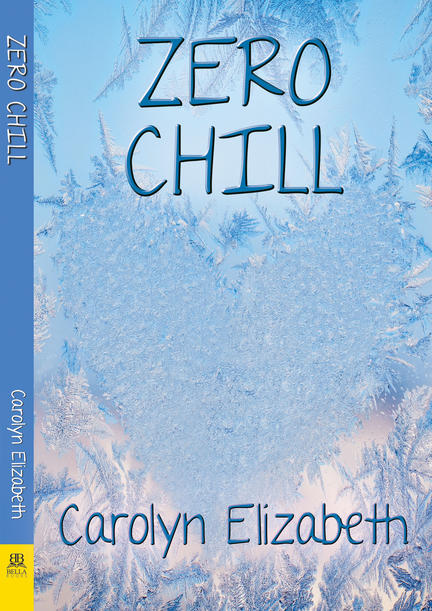 Corey Curtis and Thayer Reynolds are more than happy to put the days of their turbulent courtship behind them. With the holidays upon them, they’re looking forward to celebrating with friends and family, intimate moments alone, and festive surprises.

And in Corey’s world, nothing says Christmas quite like a frozen body. One that Corey must defrost in order to close out her next case. The discovery of the deceased’s possible connection to Thayer inflames the still healing wounds of their recent trauma and sends them both reeling back into a world of uncertainty and turmoil.

With her best friend in tow and the police not far behind, Corey ends up in the unlikeliest of places—a church. Along the way hate and violence erupt while corruption abounds. But from the ashes new relationships are kindled, and even the darkest moments are no match for Corey and Thayer’s love.

Zero Chill is the highly anticipated sequel to Dirt Nap and Gallows Humor.

Carolyn Elizabeth is an enthusiastic writer of Sapphic stories where serious camp meets upbeat macabre. Her sarcasm and love of pop culture are sprinkled throughout her stories and she would love to publish at least one novel in every subgenre.

Carolyn once bungee jumped in the parking lot of a bar in Rosarito Beach, Mexico. She’s been a bridesmaid five times and a bride once. She’s sailed a tall ship, spent a night in jail, gotten many tattoos, been scuba diving twice, and fired a handgun.

For fun, she used to play winter rugby 7’s in an indoor horse arena in New Hampshire. She’s been to Savannah, Georgia, for Saint Patrick’s Day, and been on a medical mission to northern Argentina.

Carolyn is a happily married mom of two rambunctious boys, living in London, Ontario, and working in cancer research. She enjoys weaving elements of her colorful and diverse life experiences, including her education in pathology, into her romantic blend fiction.

Other titles by Carolyn Elizabeth

The Raven and the Banshee

The Other Side of Forestlands Lake