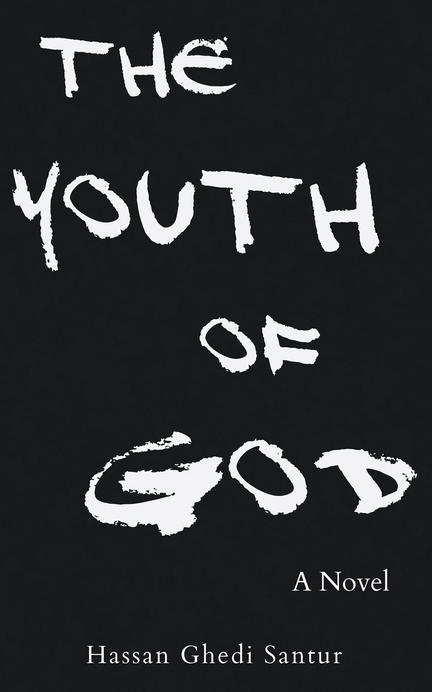 Longlisted for Canada Reads, 2020
Finalist for the Pius Adesanmi Memorial Award for Excellence in African Writing, 2019

The Youth of God tells the story of Nuur, a sensitive and academically gifted seventeen-year-old boy growing up in Toronto's Somali neighbourhood, as he negotiates perilously between the calling of his faith and his intellectual ambitions. Trying to influence him are a radical Muslim imam and a book-loving, dedicated teacher who shares his background. In its telling, this novel reveals the alienated lives of Somali youth in an environment riddled with crime and unemployment, while still in the grip of bitter memories of a home left behind. This intensely moving novel is also a powerful allegory of the struggle for the soul of Islam in modern times.

Hassan Ghedi Santur was born in Somalia and immigrated to Canada when he was 14 just before the outbreak of civil war in his country. He eventually earned a B.A. in English literature and an M.F.A. in screenwriting at York University. Santur works as a freelance radio producer for CBC. He lives in Toronto

"The Youth of God is a story about love, and how the lack of embodied love can starve a young person's ability to make choices in their best interests. It is a painful reminder of the immense vulnerability of promising third-culture kids who navigate a double exile. While nominally a work of fiction, The Youth of God should be read as a cautionary tale of what can transpire when at-risk youth are allowed to slip through the cracks." --Quill & Quire, starred review

"In writing The Youth of God, Santur has carved a space within what is an expanding canon of Somali literature written in European languages...Santur eloquently depicts various struggles of the Somali diaspora that cut across generations, genders, and geographies as he simultaneously humanizes but does not justify a radicalization that transcends borders." --Alexander Dawson, Africa Is a Country

"A brave novel that lays bare the complexity and pull of extremism." --Broken Pencil Magazine

"Written in melancholic prose, Santur creates a vivid constellation of migrant characters all of whom are bound by an overarching feeling of alienation." --Bhakti Shringarpure, Africa Is a Country

"Santur has written a clear-eyed, compassionate, and informative vision of what drives our brothers, sisters and children into extremism. He breaks my heart wide open, as all great novelists do" --Lauren B. Davis, author of Our Daily Bread, The Empty Room, and The Grimoire of Kensington Market

"The Youth of God is a great accomplishment. It's a community's story of war, immigration and the constant preoccupation with finding safety. Santur manages to do what only great novelists can do: tell a harrowing tale with nuance, grace, and a lot of compassion. Each character is complex, each person's story comes with many layers. I couldn't put it down." --Kagiso Lesego Molope, author of This Book Betrays My Brother

"The Youth of God is a novel about migration and its melancholic, bittersweet afterlives. Somali-Canadian teenager Nuur is caught between racist bullying at school, a tense home life and toxic brainwashing at his mosque. Through sparse, evocative prose, Santur sketches an intimate portrait of the vulnerability and precarity of today's isolated, inner city youth. This is a haunting story filled with characters you will grow to love. Santur delivers a complex and heartbreaking masterpiece, fearless in its desire to put religion, nation and our society on trial." --Bhakti Shringarpure, founding editor of Warscapes Magazine and author of Cold War Assemblages: Decolonization to Digital

Other titles by Hassan Ghedi Santur