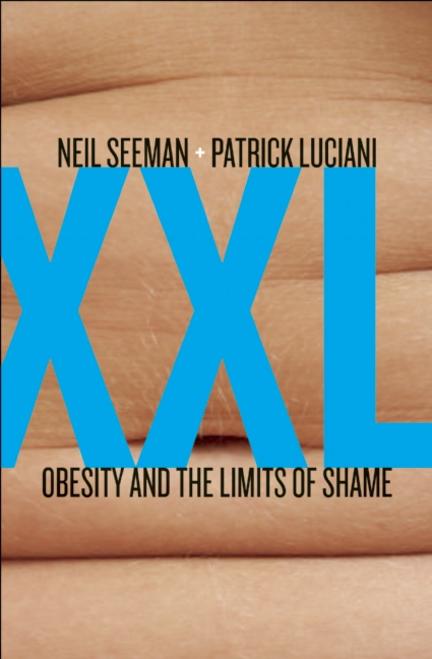 XXL: Obesity and the Politics?of Shame is a book that directly challenges the public health sector in North America and around the world for its failure to address the crisis of obesity meaningfully. The authors argue that the public health sector has made the problem worse by failing to emphasize how intensely difficult it is for individuals to lose weight and by proposing marginal and ineffective lifestyle changes. Around the globe, the traditional public health solution has been to throw extraordinary amounts of tax dollars at shame-inducing policies that encourage people to eat right and exercise. This generic approach has failed. A shaming mentality is metastasizing throughout the anti-obesity public health movement and across popular culture. The book begins with an account of a futuristic world in which we might live if shame-laden policies accelerate. The authors argue that shaming policies (singling out fat children in gym classes for “re-education”) and mass “carpet-bombing messages” (“eat your fruits and veggies or else!”) carry deep social costs. In some cases being threats to fundamental freedoms, and in other cases being expensive showpieces to justify government bureaucrats’ existence, such shaming policies do little to confront the personal, genetic and cultural challenges of obesity. No one program works for everyone. But the one-size-fits-all public health approach dooms it to failure. This book is not about how to lose weight or how to eat less. XXL is a public policy document of how to implement policies that might more realistically work to decrease the health crisis caused by high calorie consumption. And the evidence of poor diet is everywhere from a dramatic increase in childhood diabetes, to doctors’ offices and weight-loss centers that have furnished waiting rooms and diagnostic machines with extra-wide, heavily reinforced chairs known as “bariatric chairs.” Obesity is not only a public health problem, but an ethically fraught psychological and bio-social-cultural-genetic problem. This book realigns the debate on obesity: Governments must admit to the utter futility of their top-down planning solutions and enable bottom-up innovations to flourish.

Neil Seeman is the Director and Primary Investigator of the Health Strategy Innovation Cell based at Massey College at the University of Toronto, where he is a Senior Resident in health system innovation. His work on health care innovation and health policy has been published in leading journals here and abroad, including Economist, the Washington Times, the Sydney Morning Herald, and the Asian Wall Street Journal, Healthcare Quarterly, Policy Options and Electronic Healthcare. He has also co-published work in the Canadian Medical Association Journal and Healthcare Management Review. He was the national lead in ”health 2.0“ research at IBM Canada and a founding editorial board member of the National Post where he wrote daily editorials on healthcare topics. He is an Adjunct Faculty member in the Department of Health Services Management at Ryerson University and has lectured to major health organizations across North America. He currently writes a column on health innovation for the National Post and for Longwoods Publishing. He also writes a blog on myhealthinnovation.com, a project of the Innovation Cell. He has been listed in the Canadian Who’s Who since 2002 for his contributions to Canadian public policy. Psyche in the Lab: Celebrating Brain Science in Canada (Hogrefe & Huber, 2006), a book on mental health research co-authored with his mother, Dr. Mary Seeman, OC, was called ”inspiring, educational and hopeful“ by Prof. Tak Mak, one of Canada’s most honored scientific researchers. Neil was a chapter contributor to Better Medicine: Reforming Canadian Healthcare (ECW, 2002). The Economist highlighted Neil’s work in a special edition by best-selling author Vijay V. Vaiseethewaran on technology and healthcare in 2009. He has published over 800 articles for magazines, newspapers and journals. His articles and editorials have appeared in the Toronto Star, the National Post, the Financial Post, the Globe and Mail and National Review, where he was associate editor for the magazine’s online edition. Neil has a law degree from the University of Toronto, and a Master’s of Public Health degree from Harvard University.

Patrick Luciani In 2003, Patrick Luciani, an economist and writer, co-founded the critically acclaimed Grano Series (Salon Speakers Ltd). Based on the success in Toronto, the series is expanding to Vancouver, Calgary and Montreal. The Series brings leading global thinkers to Canada on a wide range of international topics and the Middle East. Speakers have included Christopher Hitchens, Samuel P. Huntington, Bernard Lewis, Robert Kaplan and Bernard Henri Levi. Patrick is co-editor (with Rudyard Griffiths) of American Power, published by Key Porter (2007), which captures the first eight lectures in the Grano Series. The Series has been profiled in major media across Canada. Patrick was Executive Director of the Donner Canadian Foundation for over 10 years where he started the Donner Book Prize on public policy and funded hundreds of public policy projects across Canada. In the 1980s he worked in the Ontario government as a senior economist. In 1994, he wrote the best-selling book What Canadians Believe, But Shouldn’t About Their Economy published by Addison-Wesley. The book dispels a number of myths that Canadians hold about public policy issues. The book is in its fourth edition and is still being used as a reader in colleges and universities across Canada. With Neil Seeman, Patrick founded the Canadian Statistical Assessment Service, based at the Fraser Institute, a research project (now merged with the Institute’s Centre for Risk and Regulation) to challenge urban myths in the media surrounding economics and public health. Patrick has published over 100 magazine and newspaper Op-ed pieces in publications such as the Globe and Mail, National Post, Financial Post Magazine and Canadian Business on a range of public policy topics. He has taught economics at George Brown College and the University of Toronto’s Continuing School of Education. He is currently a member of Massey College, University of Toronto, Senior Advisor to the Global Cities Program at the Munk Centre for International Studies, and Senior Fellow in urban affairs at the Atlantic Institute for Market Studies. Patrick studied economics at Queen’s and holds a Master’s degree from the John F. Kennedy School of Government at Harvard University.

Other titles by Patrick Luciani

Potential and Limits in the Twenty-First Century