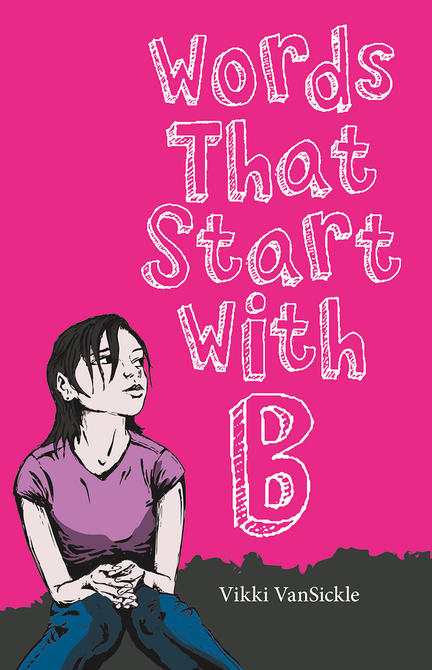 Wit and humour shine in this debut novel by a refreshing new voice in middle-grade fiction!

Clarissa Delaney had a plan - this was going to be her year. But so far, grade seven sucks.

First of all, her favourite teacher has gone on sabbatical, leaving her with Mr. Campbell, whose lame sense of humour is completely annoying. Everyone in class drives her crazy, except for her best friend, Benji, but even he is troubled these days. His gentle demeanour has made him the target of threats and some serious bullying. Mr. Campbell hasn't even noticed, which only feeds Clarissa's resentment.

But the worst news comes at home.

Her loving mom, who runs a hair salon out of their home, has always had a gift for lifting everyone's spirits when they're down. But an upsetting diagnosis takes her away temporarily, just when Clarissa needs her the most.

Readers will laugh through their tears, as Clarissa finds her bravest self to get her through this year of surprises.

VIKKI VANSICKLE is the author of Words That Start With B, Love Is a Four-Letter Word, Days That End in Y and Summer Days, Starry Nights, which was nominated for a Red Maple Award. She is an active member of the children's literature community, presenting at academic conferences, reviewing books, and managing her popular children's lit blog. Currently, she splits her time between writing and working in marketing and publicity. Vikki lives in Toronto, Ontario. Visit her online at www.vikkivansickle.wordpress.com.

Praise for Words That Start With B:

"A well-crafted and enjoyable first effors from a writer who is obviously tuned into the minds and emotions of young teens." -Quill & Quire

"This debut novel from bookseller-by-day Vikki Van Sickle is a fresh and honest look at a girl's school year in that wonderful, horrible, confusing time known as Grade Seven." -Canadian Booksellers Association

Other titles by Vikki VanSickle

Teddy Bear of the Year

Days That End in Y

Love Is a Four-Letter Word