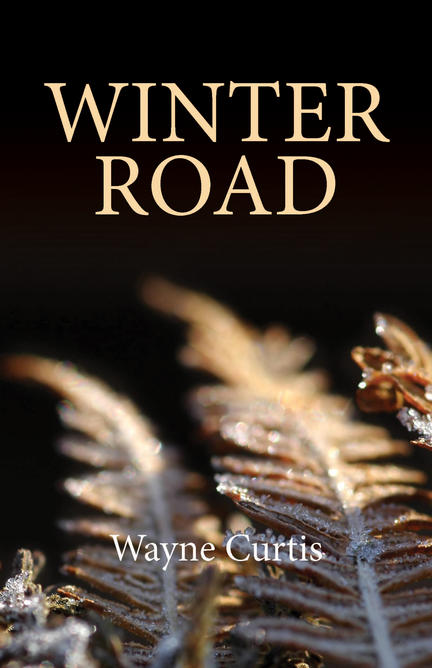 Winter Road is the latest collection of short stories by one of Canada's most gifted and accomplished storytellers. An award-winning master craftsman of short fiction, Wayne Curtis takes us on a journey from early schooldays to old age, all in a singular rural New Brunswick setting of times gone by.

Here are illuminating stories of love, heartbreak, daydreams, and expectations – fulfilled and unfulfilled. Curtis charts the lives of small-town boys and girls, men and women who struggle with the challenges and limitations of poverty, isolation, and a kind of discrimination rarely documented in fiction.

Each work is marked by the insight of a veteran author whose life has been dedicated to the creation of a singular fictional world unique to the Maritimes but universal in its echoes of the unending longing of the human spirit. It is a world where dreams are born and die and sometimes live on despite the odds.

Wayne Curtis is the author of six novels, and many essays and short stories. He has contributed to such publications as the Globe and Mail, the National Post, the Montreal Gazette, Fly Fisherman, Quill & Quire, and Outdoor Canada. Winner of the David Adams Richards Award for short fiction, his stories have appeared in literary journals, been dramatized for CBC Radio, and filmed for CBC. He has been Writer-in-Residence at Berton House in Dawson City and Havana's prestigious Instituto Superior de Arte. In 2005 he was awarded an honorary doctorate from St. Thomas University in Fredericton. A native of Blackville, New Brunswick, Wayne caught his first salmon at the age of 8. He is an avid fly fisherman and spends half of each year on the Miramichi River where he finds time to work as a guide as well as write.

Other titles by Wayne Curtis

A Memoir of the River

Long Ago and Far Away

Field Notes from a River Farm

River Guides of the Miramichi

Books for the Polar Vortex