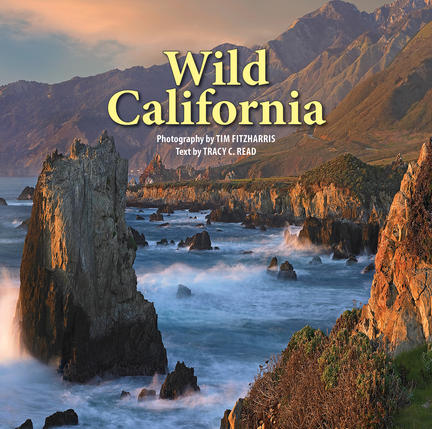 Sprawled along a generous portion of the U.S.A.'s West Coast, the state of California is a storied magnet for sun lovers and surfers, for the ambitious, the enterprising and the starstruck. Its name alone conjures bustling hubs of creativity, celebrity and opportunity, from Hollywood and Disneyland to San Francisco and Silicon Valley. Indeed, California boasts more people than any other state in the union. But beyond the concentrated urban centres of the Golden State lies a vast and varied wilderness.

Geologists tell us that California was created as the North American continent began its migration west, gathering pieces of ancient ocean floor and leaving in its path mountain ranges, volcanoes, hot springs, precious metals, deserts, rivers, lakes and valleys -- eventually home to a remarkable assortment of animals. California came to rest upon shifting tectonic plates -- and is today regarded as a "living landscape," drawing unpredictably upon a legacy that is at least one hundred million years old.

In Wild California, photographer Tim Fitzharris has created a stunning introduction to the wild side of the third largest state in America. From Big Sur's pounding surf, the limestone tufa rising eerily from Mono Lake and Death Valley's shimmering salt flats to the soaring redwoods, bristlecone pines, Joshua trees and cholla cactus, Fitzharris animates a landscape of dramatic diversity and contrast.

Tim Fitzharris has a nature column in Popular Photography & Imaging magazine. He is the author and photographer of over 30 books including Rocky Mountains: Wilderness Reflections and Big Sky: Wild West Panorama, and his work has been published worldwide in publications like Life magazine and Nature's Best Photography magazine. He lives in New Mexico.

Other titles by Tracy Read

Other titles by Tim Fitzharris