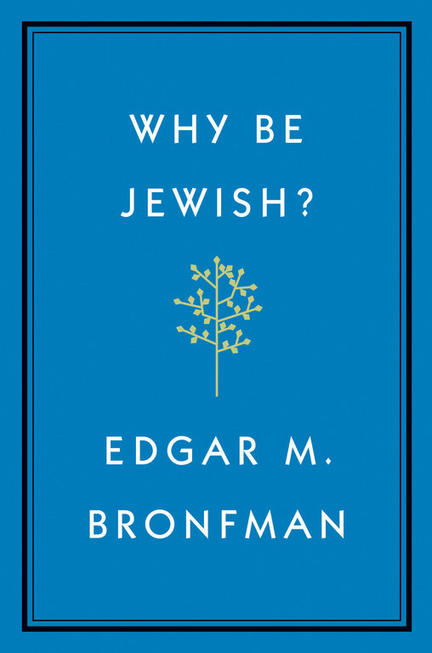 Thoughtful, piercing, and sincere, Why Be Jewish? is Edgar Bronfman's passionate testimonial to his own personal Jewish journey and the story of the Jewish people.
This is the late Edgar Bronfman's clarion call to a generation of secular, disaffected and unaffiliated Jews, addressing the most critical question confronting Judaism worldwide.
Completed in December 2013, just weeks before he passed away, Why Be Jewish? expresses Canadian billionaire and philanthropist Edgar Bronfman's awe, respect, and deep love for his faith and heritage. Bronfman walks readers through the major tenets and ideas in Jewish life, fleshing out their meaning and offering proof texts from the Jewish tradition, gleaned over his many years of study with some of the greatest teachers in the Jewish world.
In Why Be Jewish?, with honest, poignancy, and passion, Bronfman shares insights learned from his own personal journey and makes a compelling case for the meaning and transcendence of a secular Judaism that is still steeped in deep moral values, authentic Jewish texts, and a focus on deed over creed or dogma.

Formerly CEO of the Seagram Company Ltd, EDGAR M. BRONFMAN was a renowned philanthropist supporting a wide variety of Jewish organizations. Mr. Bronfman was the foundation chairman of the international board of governors of Hillel and also president of the World Jewish Congress. He passed away in December, 2013, and is survived by his wife, Jan Aronson, and his seven children.

Praise for Hope, Not Fear:
• "Edgar M. Bronfman's new, provocative volume is a Jewish leader's personal quest for new answers to timeless questions; it will certainly challenge many readers concerned with Judaism's future." Elie Wiesel
• "Reading this groundbreaking book will reward you with actual answers to the most pressing questions for the North American Jewish community." Dara Horn, author of All Other Nights