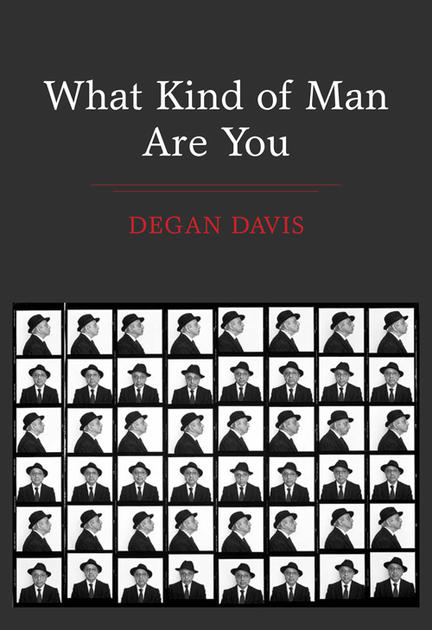 What does it mean to be a man now? The answers in these poems are bold and deeply moving.

The poems in Degan Davis's debut collection, What Kind Of Man Are You, move between the title's societal taunt (prove yourself) and its more tender and inquisitive question (how to be a man in this era?). Davis has guts; he trusts the voice of a poem to draw out those truths that in lesser hands might render us mute. The writing navigates the spaces between traditional male archetypes and 21st century possibilities, through the lenses of music, tribes, war, divorce, sex, and love.,

Davis is both impish and an old soul, and his poems are as comfortable riffing on big topics as they are when he's maneuvering language with a musician's cadence. As a result, the work is instantly engaging and thoroughly human. Why read Degan Davis? Because his work is full of joy. Because, to him, poetry matters.

"? Rejecting both rhetoric and brute force as supreme, this book lives as equally in the heart as the mind. It's had a drink or two with Lowell, Bly, and Carver. It's found a church of sorts in jazz and blues. As readers, we find ourselves witnessing this sensitive exploration during an historical moment in which What Kind of Man Are You may emerge as one of the most urgent questions." — Stevie Howell

"If you could strip us of our insolent and taciturn practices, deny us our drunken and garrulous escapes, and encourage our tongues to talk the truth, these are some of the things men might say about what, and how, they feel." — Michael Winter

Degan Davis spent his childhood in Mattawa, Ontario, at the confluence of two rivers. He works as a Gestalt Therapist, both in a university setting and in private practice. Degan's poetry and non-fiction have appeared in such places as The Globe and Mail, The Malahat Review, Riddle Fence, and The New Quarterly. What Kind of Man Are You is his first book. He is currently working on a collection of essays about masculinity, femininity, and how to be a good man in this era. He lived for many years in St. John's and now lives in Toronto.