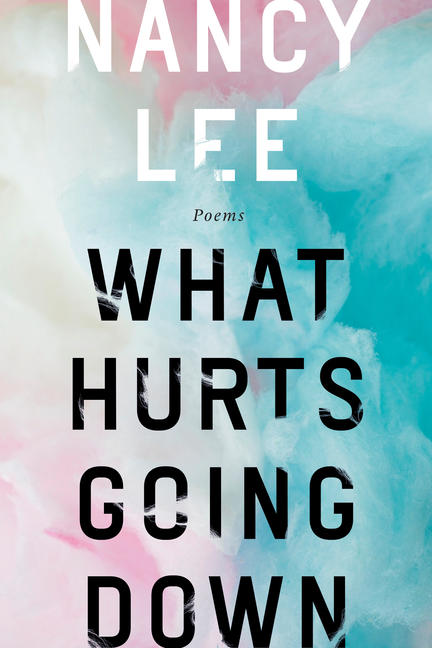 A searing exploration of girlhood in the pre- and post- #MeToo eras from the acclaimed novelist.


What keeps a kind girl alive in the wild? The men in town
are crapshoots, sawbucks, coins striking heads and tails.

Nancy Lee's searing collection of poems confronts how socially ingrained violence and sexual power dynamics distort and dislocate girlhood, womanhood, and relationships. Startling and visceral, the poems in What Hurts Going Down deconstruct a lifetime of survival, hover in the uneasy territory of pre- and post- #MeToo, and scrutinize the changing wagers of being female.

Hailed by the Globe and Mail as "a masterwork of revelation and catharsis," Nancy Lee's first book, Dead Girls was the winner of the VanCity Book Prize, as well as a finalist for the Ethel Wilson Fiction Prize, the Pearson Readers' Choice Award, and the Wordsworthy Award. The Globe and Mail, Toronto Star, and Vancouver Sun chose Dead Girls as one of the best books of the year, and Now Magazine named it Book of the Year. The Vancouver Sun described The Age, Lee's second book, a novel about adolescence, sexual identity, and nuclear war, as "utterly transfixing." Lee's work has been published in the U.K., France, Germany, Spain, Italy, and the Netherlands. She has served as Visiting Canadian Fellow for the University of East Anglia, and as Writer-in-Residence for Historic Joy Kogawa House, the City of Richmond and Ville de Vincennes, France. Lee holds the position of Assistant Professor in Creative Writing at the University of British Columbia and is co-creator of the popular EdX online education series, "How to Write a Novel."

Excerpt: What Hurts Going Down: Poems (by (author) Nancy Lee)

When Coco says, Are you kidding? to the filmmaker who shoots
in the South of France like Godard, who tells her to loosen her
blouse, already I know I will waste years auditioning for the part
of girl-with-potential. A man wants to see how you take direction.
Outside these rooms: parties, parking lots, corridors to empty
elevators. After my first make-out session, the boy’s best friend
says, Next time, make her take her top off. Everyone’s an auteur.
Even Coco, shivering as she eases out of her shirt, hopes this film
will be, if not art, then artsy. Maybe the next Antonioni is lurking
in the frat house cellar, outside the gym bathroom, in a guest room
piled with coats while his wife serves hot hors d’oeuvres
downstairs. Now take your thumb and put it in your mouth like a
little schoolgirl. Coco knows with the smell of old spunk and stale
refrigerator, the cold against her nipples. Nobody goes to the
South of France. Outside the door, a hallway of other doors, and
behind each one, a man calling action.

Praise for Nancy Lee and What Hurts Going Down:
"Nancy Lee channels a vivid chorus of voices, mostly women at various ages and in a range of situations. Lee probes the assumptions about sexuality and women’s nature shaped by pop culture and social messaging, and she doesn’t hold back. Hard-hitting and incisive, this is a gut-punch of a book." --Toronto Star

"What Hurts Going Down is part history, part plea, and part implied manifesto. It’s not an easy read--it really does hurt going down--but it is an important one for both our moment and the way history will record it." --Quill & Quire
Praise for Nancy Lee and The Age:

“In The Age, Nancy Lee has created a world of contradictions for our times: thoughtful terrorists, naive cynics, children as parents, girls who dream as boys.  In sharply poetic prose, Lee delineates a world of gorgeous horrors and eerie loves.” —Annabel Lyon, author of The Sweet Girl
Praise for Nancy Lee and Dead Girls:
“Dead Girls is among the bravest fictional debuts in recent memory and heralds the arrival of a bold and audacious new voice in Canadian writing.”
–Quill and Quire
“These are moving and gripping stories – harsh, yet delivered with delicacy and compassion. They are from a young, new writer of conspicuous talent. Read them – and you will wake from a slumber you did not know you were in.”
–Yann Martel, author of Life of Pi

Other titles by Nancy Lee