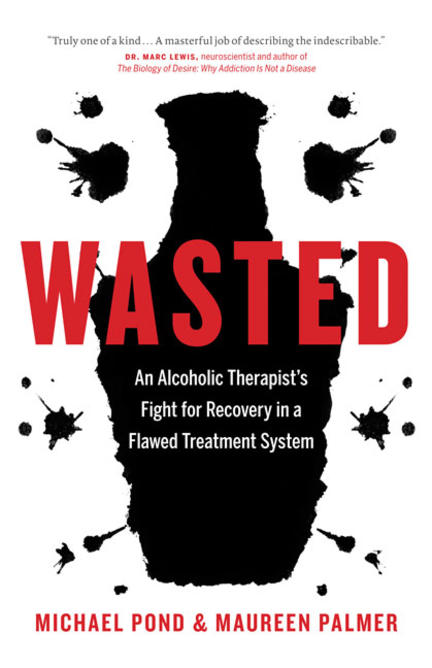 A harrowing, wry, and riveting account of a therapist's struggle with alcohol and his quest to find a better way of treating addiction

“With tactile intimacy and surgical wit, Pond invites us to share the tragedy of his addiction with a sad smile. And then reveals a singular truth about how people quit. Truly one of a kind . . . A masterful job of describing the indescribable”—Dr. Marc Lewis, neuroscientist and author of Memoirs of an Addicted Brain

Psychotherapist Mike Pond built a life helping others struggling with addiction, but he could not help himself. In the first part of his gripping memoir, he recounts how he lost his practice, his home, and his family as a result of his out-of-control drinking and how abstinence-based treatment regimes failed to help him.

Not one to give up easily, he, along with his partner, Maureen Palmer, embarked on a quest for evidence-based treatments—science-backed therapies that don’t always demand abstinence—a search chronicled in the book’s new second half.

Michael Pond is a psychotherapist practicing in West Vancouver, who specializes in mental health and addictions and is now four and a half years sober. He offers individual, family, and group therapy and has become an expert in treating people recovering from addictions and residential school abuse. He writes the biweekly "Professional Advice" column in the Vancouver Sun.

Maureen Palmer spent two decades as an award-winning producer at the CBC, where she held senior positions in both radio and television production. She left in 2000 to produce series for TLC and the Discovery Channel. Shortly thereafter, she co-founded Bountiful Films, which has produced a string of critically acclaimed documentaries.

Other titles by Michael Pond

The Couch of Willingness

An Alcoholic Therapist Battles the Bottle and a Broken Recovery System

Other titles by Maureen Palmer

The Couch of Willingness

An Alcoholic Therapist Battles the Bottle and a Broken Recovery System