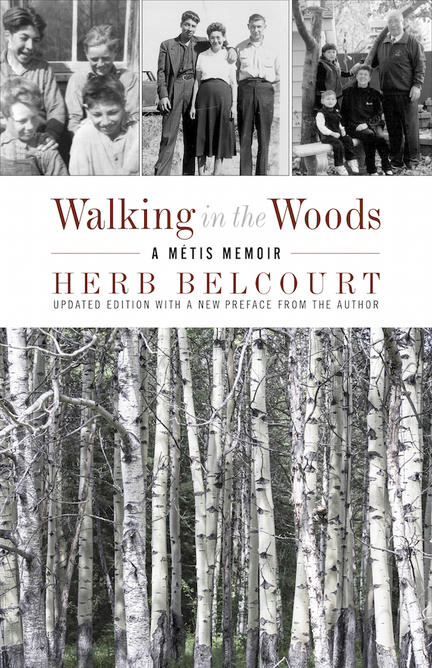 An updated edition of Herb Belcourt’s remarkable life story with a brand-new foreword by the author.

The eldest of ten children, Belcourt grew up in a small log home near the Métis settlement of Lac Ste. Anne during the Depression. His father purchased furs from local First Nations and Métis trappers and, with arduous work, began a family fur trading business that survives to this day. When Belcourt left home at 15 to become a labourer in coal mines and sawmills, his father told him to save his money so he could work for himself. Over the next three decades, Belcourt began a number of small Alberta businesses that prospered and eventually enabled him to make significant contributions to the Métis community in Alberta.

Belcourt has devoted over 30 years of his life to improving access to affordable housing and further education for Aboriginal Albertans. In 1971, he co-founded CanNative Housing Corporation, a nonprofit agency charged with providing homes for urban Aboriginal people who confronted housing discrimination in Edmonton and Calgary. In 2004, Belcourt and his colleagues established the Belcourt Brosseau Métis Awards Fund, a $13-million endowment with a mandate to support the educational dreams of Métis youth and mature students in Alberta and to make a permanent difference in the lives of Métis Albertans.

Herb Belcourt was an entrepreneur and philanthropist from Lac Ste. Anne, Alberta. He was awarded an honorary doctorate of laws by the University of Alberta in 2001, and was also the recipient of a Lifetime Achievement Award from the Canadian Council of Aboriginal Business in 2016. He was inducted into both Alberta's Hall of Fame and Edmonton's Hall of Fame, and in 2017, Sherwood Park, Alberta declared January 20 Herb Belcourt Day. He passed away in July, 2017.

Walking in the Woods is a really good book to help understand Métis life and Métis culture.

CBC's The Next Chapter

Walking in the Woods: A Métis Journey

Herb Belcourt grew up during the Depression at Lac St. Anne, one of Alberta’s oldest Métis communities. When Belcourt left home at fifteen to work in coal mines and sawmills his father, who was a fur trader, advised him to save and work for himself. Over the years he prospered in business and, through non-profit agencies that he founded, made significant contributions to the Métis comm unity. Belcourt worked to improve access to affordable housing and to advance education for Aboriginal Albertans. The author addresses the loss of Aboriginal land and recounts the racial prejudices that the Métis faced. This remarkable narrative reveals Belcourt’s devotion to his family, fellow Métis and to his beloved country.

Belcourt was the 2006 recipient of a National Aboriginal Achievement Award for Housing.