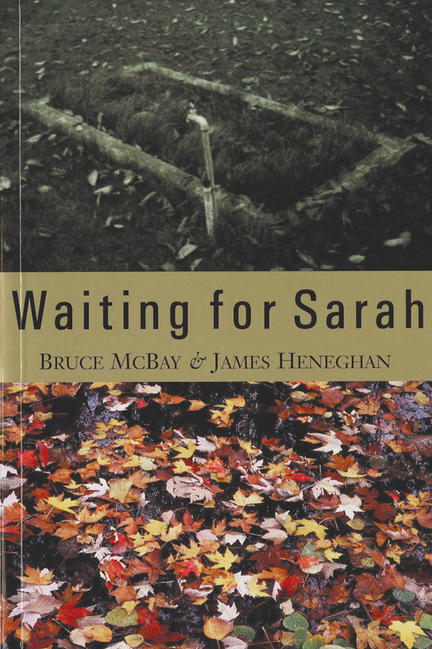 Mike's parents and sister are dead and his legs are gone. The horrific accident that shattered his life continues to haunt him. When he grudgingly returns to school and a life that he no longer understands, Mike is bitter and unwilling to participate in school life. To avoid one of his classes Mike agrees to put together a 50th Anniversary history of the school. Looking forward to time alone, he is annoyed when a young girl shows up in the archives on a regular basis. Sarah seems too young to be a student in the school, but her resemblance to Mikeís sister and her bubbly personality have him intrigued. She gradually draws him out of his shell and manages to interest him in the archives project, and more importantly, in life itself. As their relationship grows and changes, Mike slowly becomes convinced that Sarah is more than just another student. When he discovers the shocking secret she is carrying, he sets out to give Sarah the peace that she so desperately needs.

Bruce McBay collaborated with James Heneghan on Waiting for Sarah, his first book with Orca. He is the department head of Learning Support Staff at a Burnaby Secondary School and lives in Vancouver, British Columbia.

"I told you. I don't need anyone..."
"Everyone needs someone. Parents, for instance; everyone needs parents."
"I've got no parents."
"Everyone's got parents." She thought for a second. "Unless you're an orphan."
"I've got work to do. So get lost."
"You're not very nice."
He scowled. "Just because I'm in a wheelchair doesn't mean I've got to be nice."

"The story is a strange mix of the simple and the haunting...chilling and effective."

"This is a well-developed novel that shatters the teen perceptions of invincibility, as well as dealing with loss, handicaps, and positive ways to break through grief."

"This moving, chilling tale of a young man's loss and regaining of self-worth proves an excellent and worthwhile example of supernatural literature."

"This is a well-written and gripping book that deals realistically with the depression and emotional turmoil that follows an intense trauma."

"Both halves of the book will engage the target audience."

Other titles by Bruce McBay

Other titles by James Heneghan