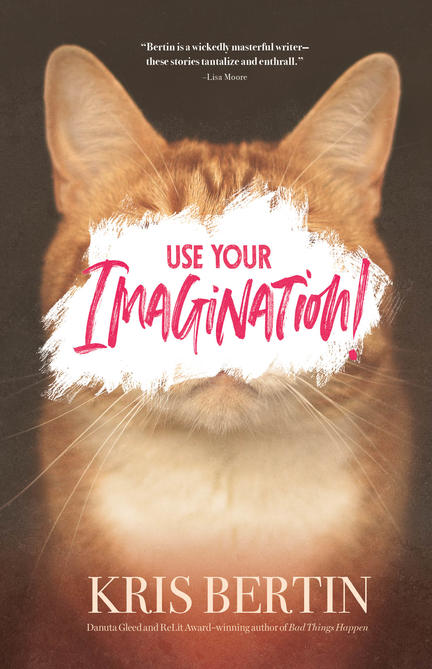 A woman becomes obsessed with a story about her family from 1890—when a naked, mute girl stumbled onto their property—and whether or not it really happened. A self-help guru and his chief strategist take their most affluent and unstable clients on a harrowing nature hike that destroys their company. A young convict in a prison creative writing class chronicles the rise and fall of his cellblock’s resident peacemaker. A rural neighbourhood is mesmerized by the coming of a strange and powerful new homeowner who is in the middle of reinventing herself.

The stories of Use Your Imagination! are about stories, about the way we define and give shape to ourselves through all kinds of narratives, true or not. In seven long stories, Kris Bertin examines the complex labyrinth of lies, delusions, compromise, and fabrication that makes up our personal history and mythology. Sometimes funny, strange, or frightening, these stories represent Bertin’s follow-up to his critically acclaimed, award-winning debut, Bad Things Happen.