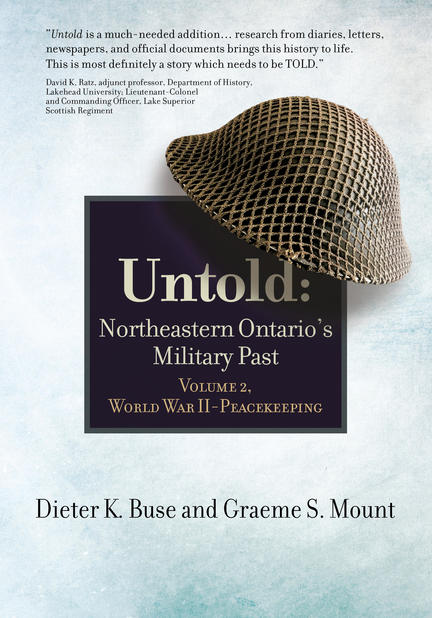 Graeme Mount taught contemporary history at Laurentian University from 1969 until retirement in 2005. He has taught and written about the wars of recent centuries, and with Dieter K. Buse co-authored Come on Over: Northeastern Ontario A-Z. He was also the principal author of A History of Fort St. Joseph, published in 2000, as well as of other books and articles. Professor Mount spent his formative years (1945-1958) in North Bay and has taught university courses in North Bay, Sault Ste. Marie, and Timmins. He continues to enjoy canoeing and swimming at his cottage on Sudbury's Long Lake.

Other titles by Dieter Buse

Northeastern Ontario A to Z

Other titles by Graeme Mount

Northeastern Ontario A to Z

The History of Fort St. Joseph

The Border at Sault Ste. Marie

Spies and Spying in the Peaceable Kingdom