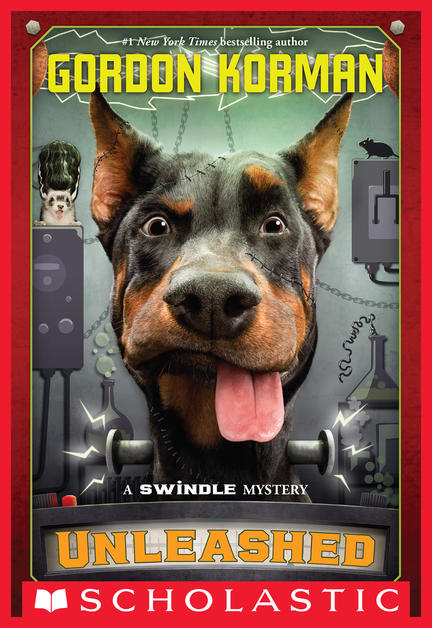 UNLEASHED: freed from restraint, running wild, not being held back by anyone or anything . . .

Luthor, a former attack dog, is supposed to be on his best behavior now that he’s in the care of Savannah, a girl who’s easily a dog’s best friend. But every time a certain truck passes by Savannah’s house, Luthor goes into attack mode — and chaos follows.

Meanwhile, Griffin Bing is locked in the fight of his life with his archenemy, Darren Vader. Both are trying to win an invention contest — and will stop at nothing to be victorious.

A runaway dog. Some majorly strange inventions. A mysterious neighbor. A stolen object of great value. These are a few of the ingredients in UNLEASHED, Gordon Korman’s latest Swindle mystery. Like a Doberman with a mission in mind, there’s no holding this story back!