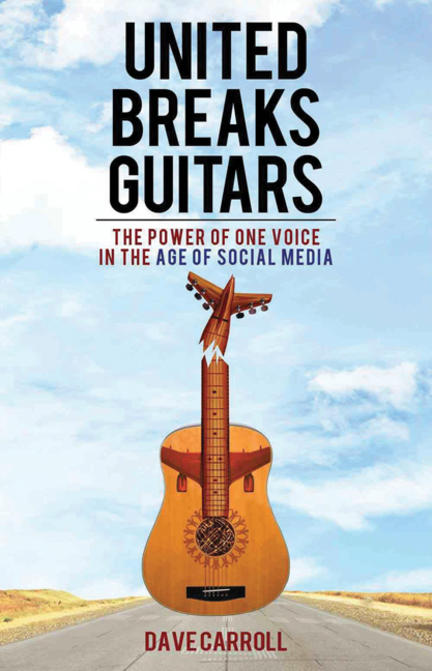 Songwriter Dave Carroll wasn't the first person abused by an airline's customer service. But he was the first to show how one person, armed with creativity, some friends, $150, and the Internet, could turn an entire industry upside down.

United Airlines had broken Dave's guitar in checked luggage. After eight months of pestering the company for compensation, he turned to his best tool - songwriting - and vowed to create a YouTube video about the incident that he hoped would garner a million views in one year. Four days after its launching, the first million people had watched 'United Breaks Guitars.' United stock went down 10 percent, shedding $180 million in value; Dave appeared on outlets as diverse as CNN and 'The View.' United relented. And throughout the business world, people began to realize that 'efficient' but inhuman customer-service policies had an unseen cost - brand destruction by frustrated, creative, and socially connected customers.

'United Breaks Guitars' has become a textbook example of the new relationship between companies and their customers, and has demonstrated the power of one voice in the age of social media. It has become a benchmark in the customer-service and music industries, as well as branding and social-media circles. Today, more than 150 million people are familiar with this story.

In this book, '' you'll hear about how Dave developed the 'just do it' philosophy that made him the ideal man to take on a big corporation, what it felt like to be in the center of the media frenzy, and how he's taken his talents and become a sought-after songwriter and public speaker. And businesspeople will learn how companies should change their policies and address social-media uprisings.

Since 'United Breaks Guitars' emerged, nothing is the same - for consumers, for musicians, or for business. Whether you are a guitarist, a baggage handler, or a boardroom executive, this book will entertain you and remind you that we are all connected, that each of us matters, and that we all have a voice worth hearing.