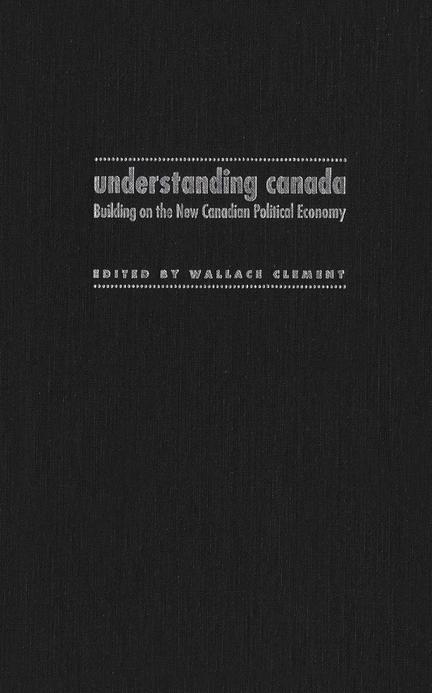 As corporations are restructured, governments cut back, and the international economy transformed, there is an increasing need to understand the economic and political forces involved, evaluate their implications, and develop strategies to modify them to meet society's interests. In light of the current situation, the study of political economy is more relevant than ever.

Understanding Canada examines a variety of topics from viewpoints ranging from the established to the interdisciplinary. Issues such as gender, Native peoples, race, ethnicity and migration, globalization, foreign policy, the welfare state, regulation, communications, popular culture, and space and the environment are examined, as are the more traditional subjects of economic growth, resources and The new Canadian political economy has emerged from its infancy and is now regarded as a respected and innovative field of scholarship. Understanding Canada furthers this tradition by focusing on current issues in an accessible and informative way.