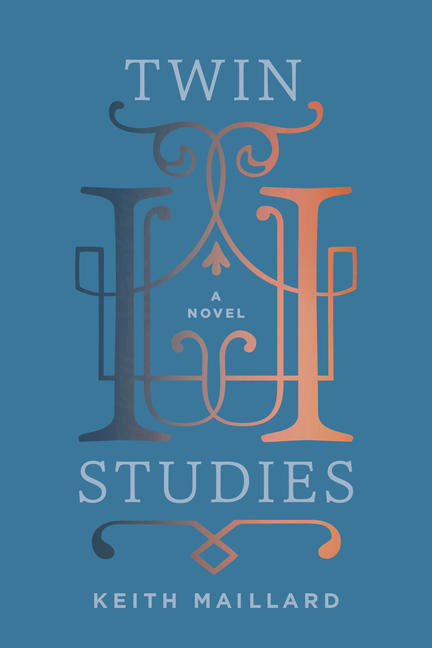 An engrossing, timely, and contemporary novel about the bonds between twins, about sexuality and gender fluidity, and about the messy complexities of modern family life – the much-anticipated new novel, the first in more than a decade, from acclaimed writer Keith Maillard. Dr. Erica Bauer – an identical twin – studies twins at the university in Vancouver. Through the course of her research, she meets a set of preteen twins who are evidently fraternal, but who insist emphatically that they are identical. Their mother, Karen Oxley, is a West Van single mum whose life is on the wrong road – and who discovers an urgent need to put it back on the right one. As Erica sets out to help the twins, their lives become increasingly intertwined in unexpected ways.

Twin Studies is a masterful novel that explores the complicated bonds between twins and siblings, friends and lovers; the role of class and money; and the nature of gender and sexuality. It’s a novel with characters who are real, their relationships a rich world that readers will thoroughly lose themselves in. No other contemporary novel so deftly explores the intersection between our inner lives and our public lives – that “we’re not what people see.”

Keith Maillard is the author of fourteen novels, including Two Strand River, Gloria, The Clarinet Polka, Difficulty at the Beginning, and most recently Twin Studies. He has won the Ethel Wilson Fiction Prize and was shortlisted for the Commonwealth Literary Prize and the Governor General’s Literary Awards. Keith was born and raised in West Virginia, and now lives in Vancouver. He has been a musician, a contributor for CBC Radio, a freelance photographer, and a journalist. He teaches at the University of British Columbia.

"Maillard's generous affection for his characters is matched by his vividly real depictions of Vancouver. His fascinating exploration of wealth, class, and gender fluidity reads like a 21st-century Canadian version of Dickens' London novels."

“Keith Maillard’s Twin Studies is a novel that challenges everything we think we know about family and the nature of love. Three sets of twins struggle with loss, identity, and adulthood, and in the middle of it all, Karen, a beleaguered, beautiful, and wryly intelligent mother, tries to keep everyone afloat, even as she feels her own life slipping under the weight of responsibility and confusion. Deliberately written, fiercely inventive, and unflinching, Twin Studies is a deeply satisfying novel by one of Canada’s finest authors.”

Other titles by Keith Maillard

Writing Across the Binary

Difficulty at the Beginning Book 2

Difficulty at the Beginning Book 1

Difficulty at the Beginning Book 4

Lyndon Johnson and the Majorettes

Difficulty at the Beginning Book 3