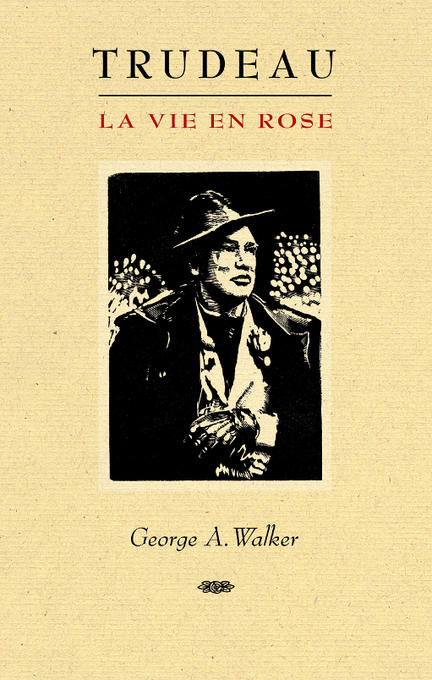 George A. Walker is an award-winning wood engraver, book artist and author whose courses in book arts and printmaking at OCAD University in Toronto, where he is Associate Professor, have been offered continuously since 1985. His artworks are held in collections ranging from the Fisher Rare Book Library, University of Toronto, The Morgan Library & Museum, New York, and The Museum of Modern Art (MoMa), New York City and he has had over 15 solo exhibitions as well as been included in more than 100 group shows. Among many book projects-both trade and limited edition-Walker has illustrated 2 hand-printed books by internationally acclaimed author Neil Gaiman. Walker also illustrated the first Canadian edition of Lewis Carroll's Alice's Adventures in Wonderland and Alice Through the Looking Glass, both published by the Cheshire Cat Press. The Cheshire Cat Press is a partnership between Andy Malcolm and George Walker which continues to publish limited edition books featuring the writing of Lewis Carroll.

George Walker was elected to the Royal Canadian Academy of Art in 2002 for his contribution to the cultural area of Book Arts. He is also a member of the Arts and Letters Club of Toronto where he was featured in a solo exhibition of his books and printmaking in the spring of 2019. Walker's latest book-length project presents the iconic life of Hollywood silent-film star Mary Pickford in a suite of 87 wood engravings.

Trudeau's personality and charisma leap from these pages.

Pierre Trudeau made an indelible mark on Canadian history as its longtime prime minister in the 1970s and 80s, and George A. Walker encapsulates the famous statesman's life in a series of stark woodcuts compiled in the graphic novel Trudeau: La Vie en Rose.

The Porcupine's Quill has championed the undeservedly obscure art of the wordless graphic novel, having previously published several similar works by Walker, as well as Steven McCabe, Jarrett Heckbert, and others. Trudeau, like the other books, can stand solely on its illustrations without any text at all-including an excerpt from current prime minister Justin Trudeau's eulogy for his father upon the latter's death in 2000, and a preface by Canadian literature professor George Elliott Clarke, both of which precede Walker's series of black-and-white woodcuts.

Such an images-only approach gives broad impressions of Trudeau, and is surprisingly effective, thanks to Walker's careful selection of important and visually striking moments from Trudeau's life. A simple image of the Maple Leaf flag, flying just above Canada's former flag-the Canadian Red Ensign, with its echoes of Great Britain-tells all that's needed about the emergence of Canadian identity, but also provides an emotional impact that a thousand words couldn't convey. When the typically clean-shaven Trudeau suddenly appears with a beard, it immediately imparts a sense of weariness, the toll of fierce political fighting. A woodcut of Paul Rose, a leader of the Quebec nationalist movement, invokes the fleur-de-lis, a longtime symbol of Quebec, and conveys a general sense of anger without spelling out details.

Particularly for non-Canadians, these images provide a penetrating sense of Trudeau and his times, but sometimes sacrifice thorough comprehension. Thus, Walker features not only the previously mentioned text, but also a written addendum, providing context and additional insight into the woodcuts. These brief components flesh out the biography nicely, though as Tom Smart, author and curator of the Peel Art Gallery Museum and Archives, writes, "Trudeau grasped the potential of emblematic actions and attitudes," making the star of this biography Trudeau himself.

La Vie en Rose translates roughly as "life through rose-colored glasses," and it's hard to imagine a better subject for a wordless biography than the effervescent and optimistic Pierre Trudeau. Sticking his tongue out, sliding down a banister, pirouetting behind Queen Elizabeth II, or shaking hands with dignitaries and celebrities, Trudeau's personality and charisma leap from these pages. Infused by his energy and Walker's skill, Trudeau: La Vie en Rose proves a resounding success.

Other titles by George A. Walker

A Life in Stills

The Hunting of the Snark

by (author) Lewis Carroll
illustrated by George A. Walker

A Biography in 80 Wood Engravings

The Life and Times of Conrad Black

The Mysterious Death of Tom Thomson

by (author) Lewis Carroll
by (artist) George A. Walker

A Is for Alice

We've got art books to recommend for readers of all ages, tastes, and geographic regions.