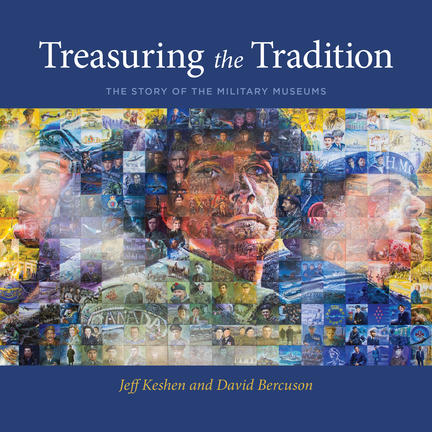 The Military Museums in Calgary, Alberta is Western Canada’s only tri-service museum and military education centre. Containing the regimental museums of the Princess Patricia’s Canadian Light Infantry (PPCLI), Lord Strathcona’s Horse (Royal Canadians), The King’s Own Calgary Regiment, and the Calgary Highlanders along with the Naval, Army, and Air Force Museums of Alberta, The Military Museums welcome over 10 000 visitors each year.

This is the story of how The Military Museums came to be. From the unprecedented coming together of individual regimental museums to form the Museum of the Regiments to the extraordinary work of veterans and citizens to create and maintain one of Calgary’s principal cultural, educational, and tourist sites, it is a story of perseverance, cooperation, and community.

With the mantra “Remember, Preserve, and Educate,” The Military Museums, Founders Gallery, and Military Museums Libraries and Archives are dedicated to preserving the memories and traditions of the countless Canadians who proudly served their country through war and conflict.

Treasuring the Tradition: The Story of the Military Museums is a Special Presentation of the University of Calgary Press

JEFF KESHEN is Dean of Arts at Mount Royal University. He is also an adjunct professor in the Centre for Military, Security and Strategic Studies at the University of Calgary.

DAVID J. BERCUSON has written, co-authored or edited over 30 popular and academic books, including One Christmas in Washington, The Patricias,The Destruction of the Bismarck and Blood on the Hills. He is a regular commentator for television and radio, and has written for The Globe and Mail, the Calgary Herald, the National Post and the Toronto Star, among many other newspapers. Since 1997, he has been director of the Centre of Military and Strategic Studies at the University of Calgary. He is Honorary Lieutenant Colonel of the 33 Field Engineer Squadron, a Land Force Reserve military engineer unit of the Canadian Forces. Bercuson lives in Calgary.

Other titles by Jeff Keshen

Other titles by David Bercuson

The World in Canada

Leading from the Front

The War Memoirs of Harry Pope

Canada and the Birth of Israel

A study in the principles of industrial reconstruction