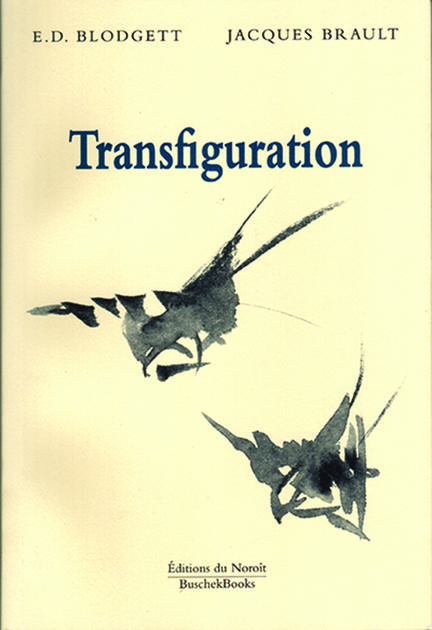 Poet and scholar, E.D. Blodgett has published seventeen books of poetry two of which were awarded the Governor General’s Award. He is an Emeritus Professor of Comparative Literature at the University of Alberta. His research has varied from mediaeval European romance to Canadian Comparative Literature and his publications include Five-Part Invention: A History of Literary History in Canada (2003) and Elegy (2005).

Harold Coward is Professor Emeritus and the past director of the Centre for Studies in Religion and Society at the University of Victoria where he continues to be involved as a research fellow.

Poet, dramatist, essayist, editor and novelist (winner of the 1984 Governor General's award for his novel, Agonie) Jacques Brault was born in Montreal in 1933. He worked on the docks as a labourer to pay for his studies; these led him to philosophy and literature. His work has been translated into several languages and he has received awards including the "Prix Québec-Paris" in 1968, the "Prix Duvernay" in 1978, the "Prix Athanase-David" in 1986. He has received Canada's highest literary honor, the Governor General's Award, three times. The first time was in 1970 for his piece of theatre Quand nous serons heureux and the second was for his novel Agonie in 1985. In 1999, his collaboration with E.D. Blodgett (Transfiguration) earned him a third Governor General's Award.

Other titles by E.D. Blodgett

Nothing Is But You and I

Silence, the Word and the Sacred

Translating Theatre from One Official Language to the Other in Canada

Sleep, You, a Tree

Poems for a Small Park

Other titles by Jacques Brault

An Ark of Koans

At the Bottom of the Garden