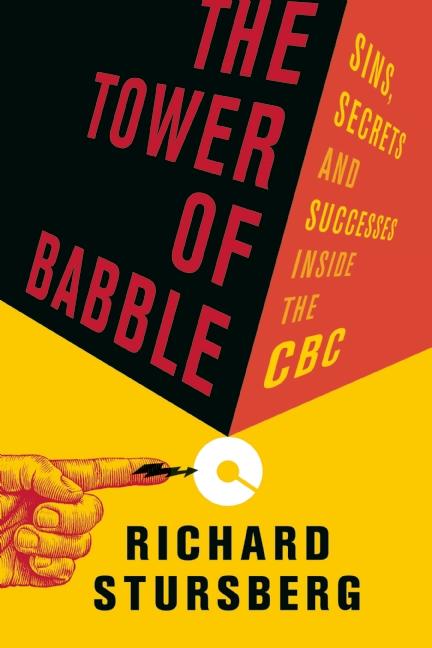 "So, while a tell-all -- the circumstances and atmosphere surrounding his end at CBC loom mysteriously over the book until the final chapter -- Stursberg doesn't come off vindictive. With his memoir, he's still trying to help save the CBC." -- Telegraph Journal

"Richard Stursberg's rage dominates his crackling autobiography -- as does his grief for the lost network's unfulfilled promise." -- Globe & Mail

The ultimate CBC insider exposes the controversies, successes and dead ends of his time at the top.

In 2004, CBC television had sunk to its lowest audience share in its history. That same year, Richard Stursberg, an avowed popularizer with a reputation for radical action, was hired to run English services. With incisive wit, Stursberg tells the story of the struggle that resulted -- a struggle that lasted for six turbulent and controversial years.

Shortly after Stursberg arrived, the corporation locked out its employees for two months. Four years later, he signed the most harmonious labour contract to date. He lost the television rights for the 2010 and 2012 Olympic Games. He won the biggest NHL contract in history. He had unprecedented ratings successes. He had terrible flops. He enjoyed the best radio, television and online ratings in CBC's history. He fought endless wars with the CBC president and board about the direction of the corporation and ultimately was dismissed.

This is the story of our most loved and reviled cultural institution during its most convulsive and far-reaching period of change. It is for those who think the CBC has lost its way, those who love where it is, and those who think it should not exist in the first place.

RICHARD STURSBERG is a leading expert on Canadian media and culture, and an experienced cultural executive. He has served as Assistant Deputy Minister of Culture and Broadcasting in the federal government, president of the Canadian Cable Television Association, President of Starchoice and Cancom, chairman of the Canadian Television Fund, executive director of Telefilm Canada, and head of English language services at the CBC. He has been a board member of the Canadian Film Centre and the Banff Television Festival. His book on his experience at the CBC, The Tower of Babble, was named one of the best books of 2012 by the Globe and Mail. He currently advises various Canadian media companies and sits on the boards of Hollywood Suite and Digital Media at the Crossroads. He lectures at the Ryerson/York graduate program on media policy and is the President of PEN Canada. He lives in Toronto, Ontario.

Other titles by Richard Stursberg

The Untold Expulsion of Jews from Arab Lands

A Canadian Cultural Manifesto for the Digital Age

Sins, Secrets and Successes Inside the CBC