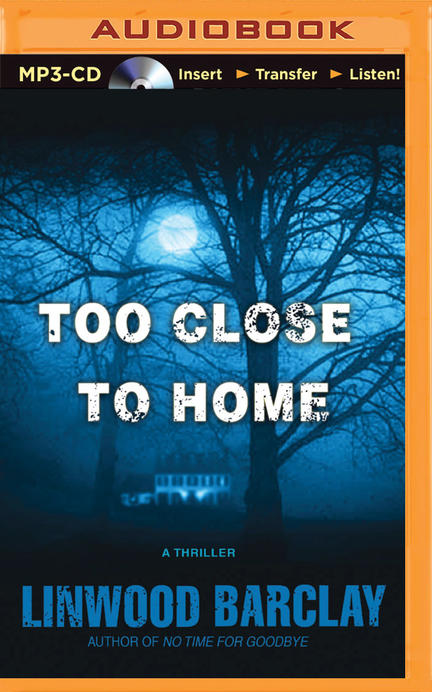 “The night they killed our neighbors, we never heard a thing.”

In a quiet suburban neighborhood, in a house only one door away, a family is brutally murdered for no apparent reason. And you think to yourself: It could have been us. And you start to wonder: What if we’re next?

Linwood Barclay, critically acclaimed author of No Time for Goodbye, brings terror closer than ever before in a thriller where murder strikes in the place we feel safest of all. Promise Falls isn’t the kind of community where a family is shot to death in their own home. But that is exactly what happened to the Langleys one sweltering summer night, and no one in this small upstate New York town is more shocked than their next-door neighbors, Jim and Ellen Cutter. They visited for the occasional barbecue and their son, Derek, was friends with the Langleys’ boy, Adam; but how well did they really know their neighbors?

That’s the question Jim Cutter is asking, and the answers he’s getting aren’t reassuring. Albert Langley was a successful, well-respected criminal lawyer, but was he so good at getting criminals off that he was the victim of revenge—a debt his innocent family also paid in blood? From the town’s criminally corrupt mayor to the tragic suicide of a talented student a decade before, Promise Falls has more than its share of secrets. And Jim Cutter, failed artist turned landscaper, need look no further than his own home and his wife Ellen’s past to know that things aren’t always what they seem. But not even Jim and Ellen are ready to know that their son was in the Langley house the night the family was murdered.

Suddenly the Cutters must face the unthinkable: that a murderer isn’ t just stalking too close to home but is inside it already. For the Langleys weren’ t the first to die and they won’t be the last.

Praise for Too Close to Home

“[Linwood] Barclay knows how to put ordinary people into extraordinarily dangerous circumstances. . . . Readers will zip through it with delight.”—Publishers Weekly

Chris Lane has worked in professional horticulture all his life both as a nurseryman, currently production director for Coblands Nurseries Ltd., and also as a lecturer at Hadlow College, Kent, England, where he first became interested in witch hazels. He started collecting them seriously after the cold winter of 1979–1980. Chris is a long-serving member of The International Plant Propagators' Society, becoming international president in 1995. He serves on the Woody Plant Trials Committee for the Royal Horticultural Society and on the committee for The Horticultural Development Council representing the Hardy Nursery Stock Industry.

Other titles by Christopher Lane