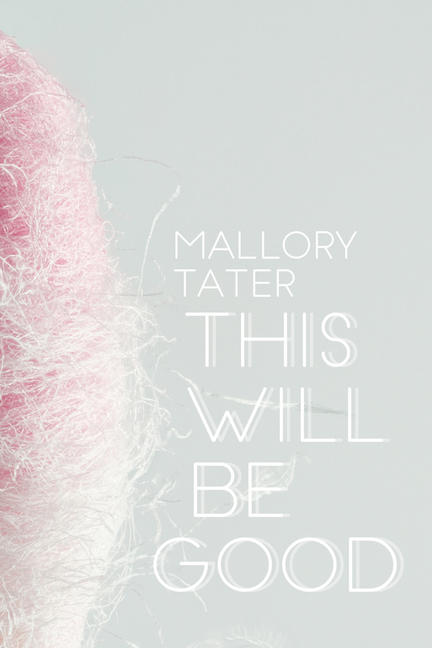 Mallory Tater's This Will Be Good tells the story of a young woman's burgeoning femininity as it brushes up against an emerging eating disorder. As the difficulties of her disease reveal themselves, they ultimately disrupt family relationships and friendships.

These poems deftly bear witness to the performance of femininity and gender construction to reveal the shrinking mind and body of a girl trying to find her place in the world, and whose overflowing adolescent hope for a future will not subside.

Mallory Tater is a writer from the traditional, unceded territories of the Algonquin Anishnaabeg Nation (Ottawa). Mallory's poetry and fiction have been published in literary magazines across Canada such as Room, CV2, The Malahat Review, The Fiddlehead, The New Quarterly, Carousel, Prism International and Arc Magazine. She was shortlisted for Arc Magazine's 2015 Poem of The Year Contest, The Malahat Review's 2016 Far Horizon's Contest and Room Magazine‘s 2016 Fiction and Poetry Prizes. She was the recipient of CV2's 2016 Young Buck Poetry Prize. She is the publisher of Rahila's Ghost Press, a poetry chapbook press slated to release their first print run Fall 2017.

"This Will Be Good is a prayer, vicious and sweet. Tater's dexterous language shreds the pink ribbons of nostalgia to remind that girlhood is both 'sugared with fear' and 'diamond-hard.'" --Adï??le Barclay, author of If I Were In a Cage I'd Reach Out For You

"This Will Be Good details the truths of girlhood; how young women treat themselves with cruelty and tenderness, fend off and court desire, and brace themselves for a world that both expects too much of them and yet never enough. These poems unfold as stories girls tell each other as they make space to share, cope, grieve, and hopefully, heal." --Dina Del Bucchia, author of Coping with Emotions and Otters, Blind Items and Don't Tell Me What to Do"

Evocative and tactile as unearthed memory, This Will Be Good follows the history of a family through years, homes, seasons, and bodies. They're death and grief, sex and religion. A reckoning with womanhood, manhood, and memory, these stories have a feeling of being passed down, kept secret, and slipped in notes and gestures between intimates whose closeness is felt on the skin. Press these words to your breast." --Sarah Gerard, author of Binary Star and Sunshine State

Other titles by Mallory Tater