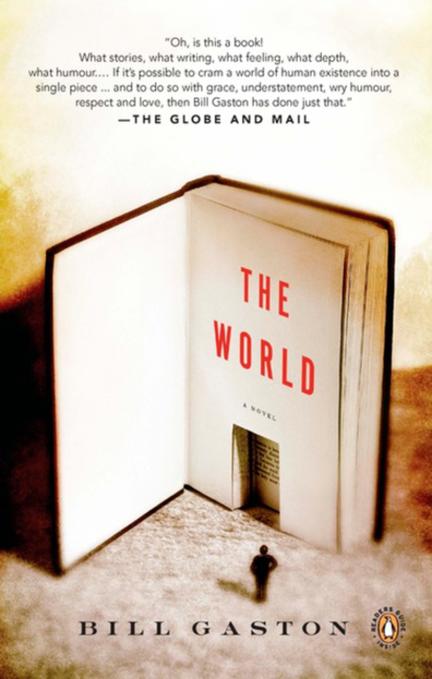 A recently divorced, early retiree accidentally burns down his house on the day he pays off the mortgage, only to discover that an uncharacteristic oversight has pitted him against an impassive corporate bureaucracy. An old friend of his, a middleaged musician, enters into a final negotiation with the pain of esophageal cancer. Her father, who left his family years ago to practise Buddhism in Nepal, ends his days in a facility for Alzheimer’s patients. These three are tied together by a book called The World, written by the old man in his youth.

Possibly autobiographical, the book tells the story of a historian who unearths a cache of letters, written in Chinese, in an abandoned leper colony off the coast of Victoria. He and the young Chinese translator fall in love, only to betray each other in the cruelest way possible, each violating what the other reveres most.

Magnificently written, structurally daring, and a masterful blend of imagination and observation, The World is arguably the greatest achievement so far of Bill Gaston’s career.

Bill Gaston grew up in Winnipeg, Toronto, and North Vancouver. After spending a dozen years in the Maritimes, he moved to Victoria in 1998 to teach writing at the University of Victoria. He has published a collection of poetry, several plays, three story collections, and three novels, with a fourth, The Good Body, due to appear in spring 2000. "Where It Comes From, Where It Goes" won the 1998 CBC/Saturday Night Canadian Literary Award for fiction and was published in Saturday Night in May 1999.

"Oh, is this a book! What stories, what writing, what feeling, what depth, what humour.. If it's possible to cram a world of human existence into a single piece of CanLit, and to do so with grace, understatement, wry humour, respect and love, then Bill Gaston has done just that." - The Globe and Mail

Other titles by Bill Gaston

Just Let Me Look at You

Mariner's Guide to Self Sabotage

Juliet Was a Surprise

The Order of Good Cheer

All About Beer, the Boys, and the Real Canadian Game