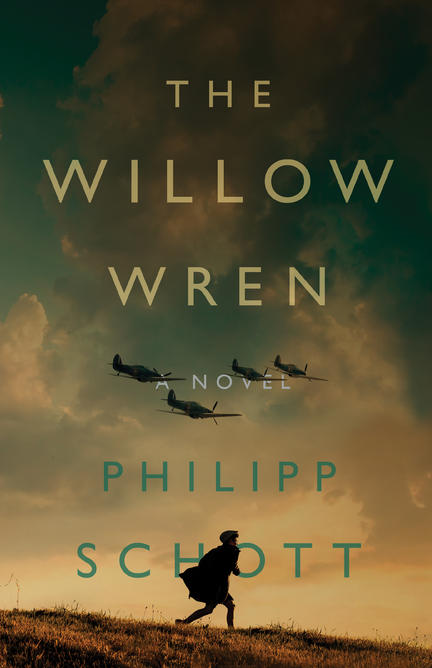 The touching and nuanced portrait of the rise and fall of Nazi Germany through the eyes of a resourceful German boy.

Ludwig is an odd and introverted child, growing up in Hitler’s Germany. While Ludwig’s father, Wilhelm, is a senior Nazi and a true believer, Ludwig escapes the unfolding catastrophe by withdrawing into nature and books. Eventually, when the Allied bombing campaign intensifies, Ludwig is sent to a Hitler Youth camp, where his oddness makes him a target for bullying.

As the war turns against Germany, the Hitler Youth camp becomes ever more severe and militaristic, and the atmosphere spirals towards chaos. After the Nazis abandon the camp, Ludwig returns home, and his father is presumed dead. With Ludwig’s mother descending into depression, the 11-year-old bears increasing responsibility for the survival of the family as starvation sets in under Russian occupation. Soon, it will be impossible to leave the Russian zone, so Ludwig decides that he must rally his despondent mother and lead her and his three younger siblings in an escape attempt to the west.

Based on a true story, The Willow Wren is a unique, touching exploration of extremism, resilience, and the triumph of the small.

Bestselling author of The Accidental Veterinarian, Philipp Schott was born in Germany but grew up in Saskatoon. He now lives in Winnipeg where he practises veterinary medicine, writes, and shares an old house on the river with his wife, two teenagers, three cats, and a dog.

Excerpt: The Willow Wren: A Novel (by (author) Philipp Schott)

This argument comes back to me now. Maybe I have the exact words wrong, but my memory astonishes me these days. I would have only been about four years old, but I do remember this. I was playing in the hallway outside the living room. I can picture the red Persian runner on the dark wooden floor. It had a pattern that served beautifully as roads for my little wooden cars. The door to the living room was closed. These houses had doors to every room so that they could be individually heated. Through the door I could hear my parents talking, but I could neither understand what they were saying, nor did I particularly care to. Then Mama’s voice became louder, and I could not avoid hearing anymore.

“Do you really need to be doing Party work all weekend Wilhelm?”

“You know I do.” Papa used a very sharp tone. I pictured him answering from behind his newspaper.

“Don’t snap at me. It’s a reasonable question. You are hardly ever home on the weekend anymore. You are becoming even more of a stranger to your children.” Mama was trying to sound calm, but her voice crackled with the electricity of barely restrained fury.

“You know very well why I am doing this. Why I must do this.”

I heard a newspaper rustle. I was right!

“Must?” Mama laughed, but it was a sardonic laugh. Even at that age I knew that people could laugh when something was not funny.

“Yes, must!” Papa was shouting now.

“Ok, you feel you ‘must’ be in this Party. You have told me many times. I don’t agree, but I accept. Accepting is what I ‘must’ do. But all weekend, every weekend? Really Wilhelm?”

“Don’t exaggerate. It’s not all weekend, every weekend. But this weekend is especially important. Reich’s Minister Goebbels is coming on Saturday, and it is my privilege to help show him what we are doing here in Leipzig for the people!” He used the expression ‘das Volk’ which means something more than just ‘the people.’

I crept closer to the door. Then there was the sudden slam of what sounded like Papa’s fist hitting the table and I jumped, almost giving myself away with a little yelp.

“Show respect! Goebbels is a great man! And ours is a great cause! You have your job here and I have my job there. I do not question how you run this house and you will not question how I help to run this country! This is the best I can do. You know that with my stiff leg if war comes I will…”

“If?” Mama interrupted, shouting now too. “If war comes?! Are you mad Wilhelm? It’s when war comes! When! Those friends of yours — Goebbels and the rest – will not stop pushing until somebody pushes back. And that means war. When, not if.”

“I don’t agree. The Fuehrer is showing the world our commitment and our power. They don’t dare challenge Germany. They become more degenerate by the day, while we become stronger. And if you are somehow right and there is war, it will be quick because we will win. We lost in 1918 because we were stabbed in the back by our own people! Socialists, communists, bums, n’er-do-wells! The Fuehrer is ensuring that that will never happen again.”

“Wilhelm, listen to yourself.” Mama was quieter again, but I could still hear her well enough. “You have read Tacitus and Cicero, Goethe and Schiller, Shakespeare and Milton. These clowns can barely read the side of a soup can. These are not your people. These are not your thoughts.”

“You are wrong Luise. You don’t know what you’re talking about.” I think he said something else too, but his voice was quieter and then there was the scrape of a chair and I was just barely able to scramble out of the way in time for the door to open and Papa to walk out. His face was red. I think he might have noticed me, but he did not acknowledge me.

War, I thought. There will be a war. The idea seemed both terrifying and exciting to me. Theodor and I had a few toy soldiers. They were made of tin and had once been brightly painted but were now chipped and worn. I think they might have originally belonged to an older cousin. I always lost to Theodor when we played, but I still sought him out for battles whenever he would stoop to play with his little brother.

“Philipp Schott pulls off the considerable feat of creating empathy for his characters without ever resorting to easy excuses for their sometimes indefensible choices … a fine, nuanced storytelling achievement.” — Frederick Taylor, historian and bestselling author of Exorcising Hitler: The Occupation and Denazification of Germany

“This beautifully written tale alternates between displays of sardonic humour and setting some truly poignant and heart-wrenching scenes. Morally complex and nuanced, this book is a must-read for anyone who wants to understand a difficult period in German history.” — Dr. Perry Biddiscombe, historian, author of The Last Nazis: SS Werewolf Guerrilla Resistance in Europe 1944–1947

“The Willow Wren vividly describes the challenges of a sensitive boy with a Nazi father during the war years and after in Germany. This coming-of-age story will be of interest to anyone who wonders what everyday civilian life must have been like during those terrible times.” — Antanas Sileika, author, former director of the Humber School for Writers

“The Willow Wren is a novel to note … A blend of family memoirs and historical research, this is one of very few novels in English (Markus Zusak’s The Book Thief and Leslie Wilson’s young adult novel Last Train from Kummersdorf being a couple of exceptions) dealing with the often harrowing experiences of children on the losing side of the Second World War … The Willow Wren offers a compassionate reminder that there are human beings on either side of any conflict. Well done.” — Winnipeg Free Press

Other titles by Philipp Schott

The Battle Cry of the Siamese Kitten

Even More Tales from the Accidental Veterinarian

How to Examine a Wolverine

More Tales from the Accidental Veterinarian

Tales from a Pet Practice