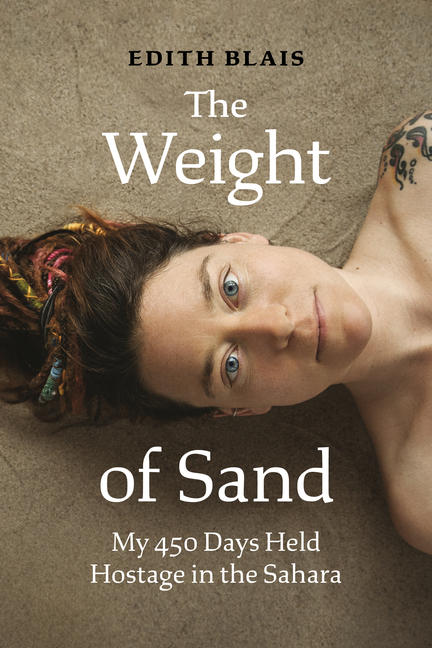 A radiant, unforgettable memoir of one woman’s 450 days spent in captivity, and her defiant refusal to have her humanity stripped away.

When Edith meets Luca in a small Northern town, the two connect instantly. Under the Northern Lights, they develop a deep friendship over their shared passions: travel, living off the land, a bohemian life. In search of wanderlust, they embark on an epic road trip from Italy to Togo, where they will join their friend’s sustainable farming project. Upon arriving on the African continent, they change their itinerary and drive through Africa’s Sahel region, a haven for militant groups, where they are surrounded and captured. Little was known about Edith’s and Luca’s fate until they reappeared in Mali more than one year later, having mysteriously escaped their captors.

Now, Edith shares her harrowing story with the world for the first time—complete with the poems that became a lifeline for her in captivity, which she wrote in secret with a pen borrowed from another hostage.

Against the stunning but cruel backdrop of the desert, Edith recounts her months as a hostage: the oppressive heat, violent sandstorms, constant relocations, hunger strikes, and her eventual heart-pounding escape. Separated from Luca early on, she finds solidarity and comfort with a group of other female hostages, who lend her a pen to write poetry, a creative outlet that helps save her life. Edith is steadfast in her will to remain sane: she reveals her dedication to her art, and her striking ability to unsettle her captors and identify their vulnerabilities.

A compelling descent into a strange, brutal universe, The Weight of Sand is ultimately a life-affirming book and a poetic celebration of one woman’s resilience.

Edith Blais is a chef and self-taught writer and artist who chooses to lead a simple life. In 2019, she and her traveling companion, Luca Tacchetto, were taken hostage by an Islamic militant group in the Sahel region of Africa. Her writings during her fifteen months of captivity became the basis for her first book. Edith escaped her captors in March 2020 and currently lives in Sherbrooke, Quebec.

“[An] intimate account of that time, a narrative characterized by terror, confusion, deprivation, and loneliness. It is also a depiction of hope—of finding possibility in the bleakest of moments. [Blais’s] desire for connection, her appreciation for adventure, and her fundamental belief in humanity remains intact, even with all she has endured.”
—Quill & Quire

“This book breaks your heart on every page. But the author turns out to be a genuine hero—and so the overall effect isn't heartbreaking at all. It's rather inspiring.”
—Theo Padnos, author of Blindfold: A Memoir of Capture, Torture, and Enlightenment