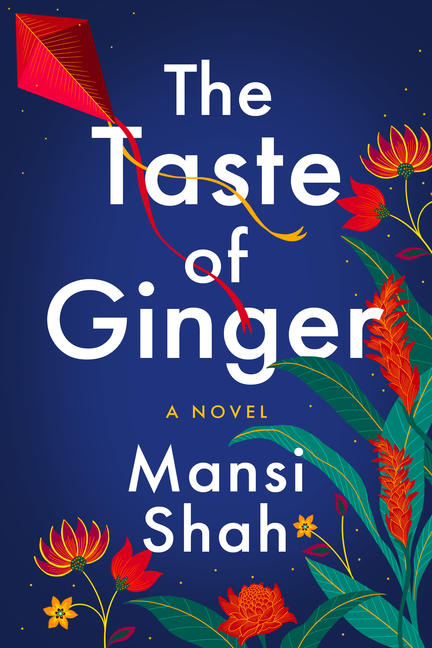 In Mansi Shah’s stunning debut novel, a family tragedy beckons a first-generation immigrant to the city of her birth, where she grapples with her family’s past in search of where she truly belongs.

After her parents moved her and her brother to America, Preeti Desai never meant to tear her family apart. All she did was fall in love with a white Christian carnivore instead of a conventional Indian boy. Years later, with her parents not speaking to her and her controversial relationship in tatters, all Preeti has left is her career at a prestigious Los Angeles law firm.

But when Preeti receives word of a terrible accident in the city where she was born, she returns to India, where she’ll have to face her estranged parents…and the complicated past they left behind. Surrounded by the sights and sounds of her heritage, Preeti catches a startling glimpse of her family’s battles with class, tradition, and sacrifice. Torn between two beautifully flawed cultures, Preeti must now untangle what home truly means to her.

Mansi Shah lives in Los Angeles. She was born in Toronto, Canada; was raised in the midwestern region of the United States; and studied at universities in Australia, England, and America. When she’s not writing, she’s traveling and exploring different cultures near and far, experimenting on a new culinary creation, or working on her tennis game. She is also the author of The Taste of Ginger. For more information, visit her online at www.mansikshah.com.

“A poignant debut novel, reminiscent of Jhumpa Lahiri, that touches on the immigrant experience in America, being caught between two cultures, and finding one’s place in the world.” —Booklist

“A refreshingly honest novel that deftly captures the demands and delights of living in between East and West and the status of never quite belonging in either sphere. The need to assimilate in order to survive immigration to America, the bonds and boundaries of race and caste, and the power of privilege and pain of poverty are all explored with large-hearted insight in Mansi Shah’s debut.” —Marjan Kamali, bestselling author of The Stationery Shop

“A powerful, thoughtful, and also very accessible book that explores culture and class in both India and America, through the eyes of a winning narrator on a quest to understand both places and where she fits in each. Written with a great sense of curiosity and open-heartedness, it is never judgmental, always thoughtful, and while it gave me a lot to ponder, it also swept me away on an adventure and gave me relief from my everyday life. A beautiful book that deserves a big audience. Well done!” —Barbara O’Neal, bestselling author of When We Believed in Mermaids

“The Taste of Ginger is a compelling exploration of family, identity, and what it means to belong. Told with empathy and warmth, this heartfelt debut is a delight from start to finish!” —Saumya Dave, author of What a Happy Family

“The Taste of Ginger is a captivating novel about a young woman caught between cultures—that of her birthland, India, and America, the place she immigrated to as a child. This beautifully crafted story takes the reader on a journey into another world through the eyes of someone who both belongs and doesn’t. Heartrending and complex, it is an honest look into what it feels like to be different and to search for identity and a sense of belonging while struggling between assimilation and tradition—the plight of any immigrant. The Taste of Ginger is a book everyone should read.” —Suzanne Redfearn, #1 Amazon bestselling author of In an Instant

“Love stories come in many forms but it’s rare to find one that’s such a beautiful tribute to the importance of tradition, culture, and extended family. Mansi Shah’s intimate exploration of the immigrant experience mirrored against the complex relationship between mothers and daughters touched my heart. Fans of The Namesake by Jhumpa Lahiri or The Joy Luck Club by Amy Tan will adore The Taste of Ginger.” —Jennifer Bardsley, author of Sweet Bliss

“The Taste of Ginger is a compelling and multilayered novel that explores the complexities of the immigrant experience and the search for identity. Shah’s empathy and cultural insight is masterfully conveyed as Preeti balances tradition with the pressures of assimilation. An honest and heartfelt debut.” —Paulette Kennedy, author of Parting the Veil

Other titles by Mansi Shah

The Direction of the Wind